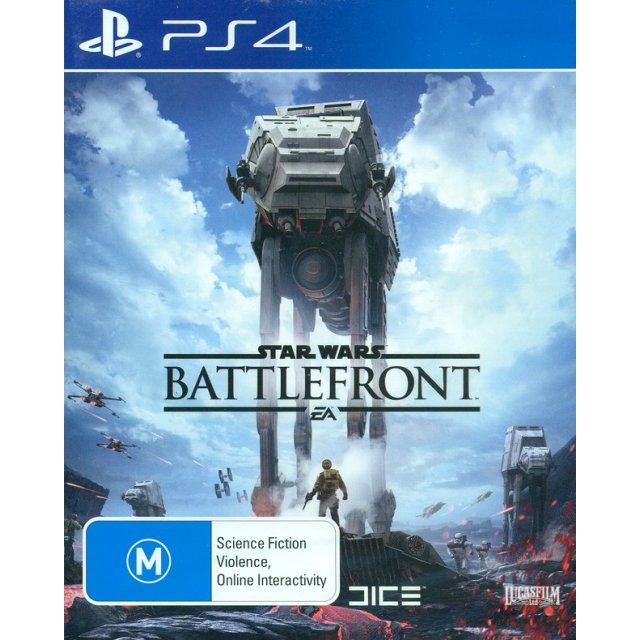 sold Out of print / Out of stock.
Manufacturer
Electronic Arts
Compatible With PlayStation 4™ (PS4™)
Version


Click on a thumbnail to see more pictures for Star Wars: Battlefront

Pre-order and be the first to battle on the planet of Jakku
Pre-orderStar Wars Battlefront and on December 1st, 2015, be among the first players to experience the Battle of Jakku, the pivotal moment when the New Republic confronted key Imperial holdouts on a remote desert planet. Taking place in the aftermath of the Rebel victory in the Battle of Endor, players will experience the events that created the massive, battle-scarred landscape of Jakku shown inStar Wars: The Force Awakens. Players who pre-orderStar WarsBattlefront can fight the battle one week early. All other players will get access to this content on December 8th, 2015.

-Learn what happened at the Battle of Jakku, which precedes the events ofStar Wars:The Force Awakens
-2 maps set on the all-new planet of Jakku
-7 days early access for those who pre-orderStar WarsBattlefront
-Available as a freedownload to all players on December 8th, 2015