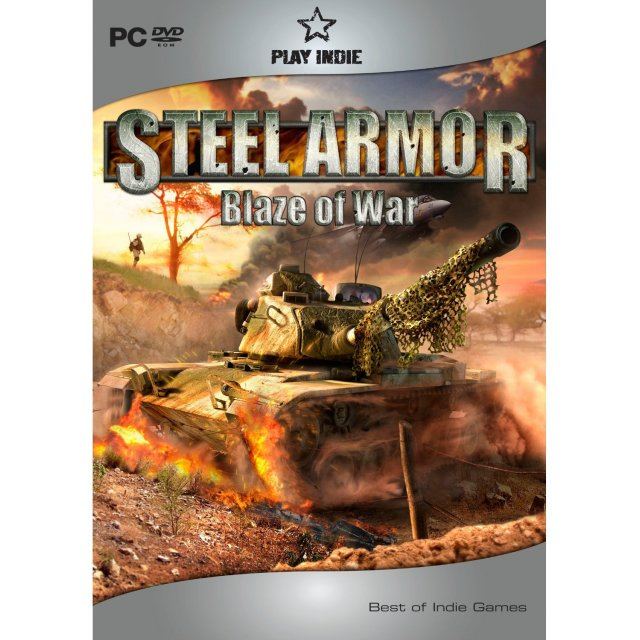 Plan! Command! Fight!Keep your head cool for this brand new and sizzling hot game from the makers of renowned hardcore-strategy masterpieces like “Steel Fury” and “Achtung Panzer!”. With highly versatile strategies and tactics It's only fair to call their impressive new game “Steel Armor – Blaze of War” one of the most interesting and tactically advanced tank simulations of all time! Plan, command and fight in this exciting and extremely detailed blend of turn-based strategy, real time tactics and full-scaled tank simulation.”Steel Armor: Blaze of War” is an authentic and dynamic tank simulator. Combat takes place in Iran, Iraq, Afghanistan and Angola during war conflicts of 1981, 1984 and 1987. The Player has to successfully complete battles in 4 historical operations on 60 square km. of battlefields, manage Soviet, Iran, Iraq and Angola sides of the conflict.“Steel Armor: Blaze of War” gives the player an opportunity to drive battle tanks as driver and engineer, to organize tank attacks as gun layer and manage the crew of one of the two legendary tanks of that period - Soviet T-62 and American M60A1.

No reviews for Steel Armor: Blaze of War (DVD-ROM) yet.