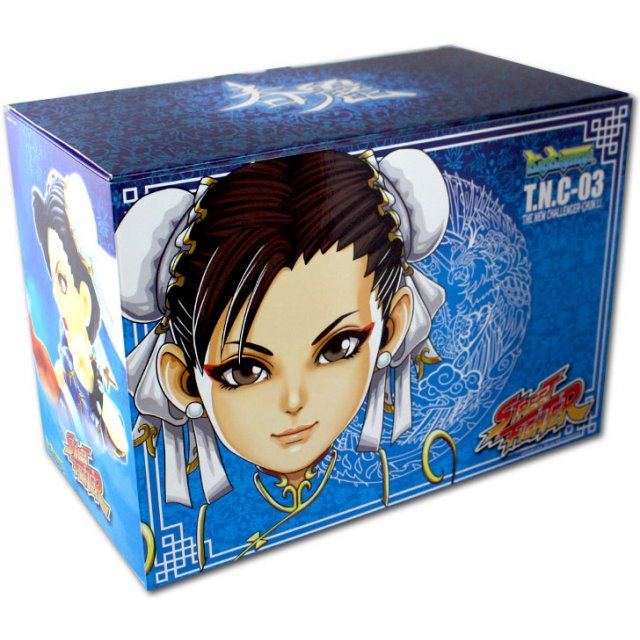 Known for her speed Chun Li was by far the fastest character when she debuted in Street Fighter II, a trait showcased by her special ability 'Hyakuretsukyaku' - commonly known as 'Hundred Rending Legs' or 'Lightning Kick' in English.

Just like the previous figures in official Street Fighter The New Challenger series Chun-Li's signature ability is showcased in a very flashy and spectacular way! When the button found on the stand is pressed a single kick lights up and plays, but when you hold the button down a continuous series of kicking effects light up just like you would expect to see in-game!

If you are familiar with Street Fighter T.N.C. 03: Chun-Li, why not let others know?