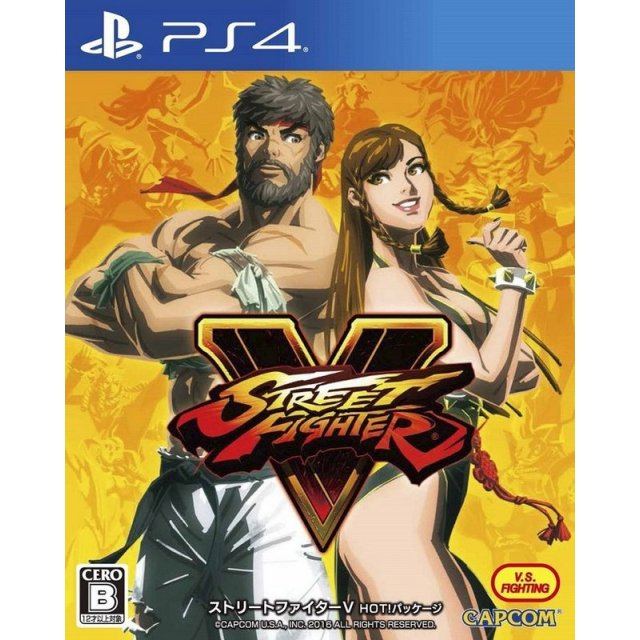 Works on all systems sold worldwide, a correct regional account may be required for online features.
24h In stock, usually ships within 24hrs.
US$96.99
Our previous price:US$ 99.99
You save: US$ 3.00( 3% )
Manufacturer
Capcom
Compatible With PlayStation 4™ (PS4™)
Version

Works on all systems sold worldwide, a correct regional account may be required for online features.
24h In stock, usually ships within 24hrs
Price
US$96.99
Our previous price:
US$ 99.99
You save:
US$ 3.00( 3% )
Play-Asia.com Return & Refund Policy
Click on a thumbnail to see more pictures for Street Fighter V [Hot! Package]

From one of the biggest video game franchises of all time since the creation of gaming consoles, Street Fighter V arises from the rest to be one of the greatest! Street Fighter V is the latest sequel to the phenomenal fighting game series where great martial artists with uniquely powerful combat styles around the world gathered together in a major fighting competition as they test their power against fighters, and strives to become the strongest fighter ever known.

From the aspirations, dedications, and passions of players and fans, Street Fighter V will be the benchmark of the new era on the fighting series where fan involvement is the major key on creating a brand new masterpiece for this epic legacy. Street Fighter V will be built from fan suggestion and comments meaning desired improvements, balances, and roster of characters are almost from your requests!

For the first time ever, a Street Fighter Series will use cross-platform play to allow PC and PS4 players to engage one another in a match! An amazing roster of characters will be featured including Ryu, Chun-Li and even past favorites like Charlie that originally appeared in Street Fighter Alpha! Crush your enemies with deadlier attacks and finishing killer combo! To even heat up the action, the game will be powered by Unreal Engine 4 to deliver players swifter movements and advanced character models. Street Fighter V will reignite the fervor of not just veteran street fighters but also newly captivated fans in a brand new era of this critically acclaimed fighting series!

If you are familiar with Street Fighter V [Hot! Package], why not let others know?