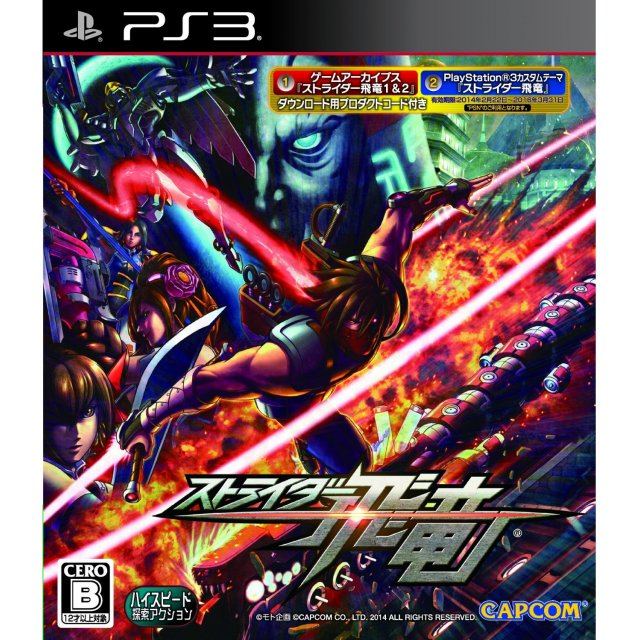 
Click on a thumbnail to see more pictures for Strider Hiryu

The ultimate ninja assassin Strider Hiryu returns in the action-packed game, Strider. It is a completely new Strider game that will take players to the next level of fast-paced action-adventure that inspired many third person action games. In the year Meio: 048, a dystopian future of Earth is ruled by the mysterious Grand Master Meio. Strider, an expert in sabotage and assassination, is the only man capable of accomplishing the mission to eliminate the oppressive ruler. Roam the expansive metropolis of Kazakh City, where players can move and battle freely through an extensive interconnected game world. Make use of Cypher, an indestructible plasma charged weapon that can take on a numerous properties from scorching enemies to deflecting a hail of bullets and offers a range of tactics for players to use against their enemies. Perform headlong acrobatic moves of Strider. Jump, climb, flip and run through the massive game world while slicing through Strider's various foes such as cybernetic soldiers and bio-mechanical creatures.As Strider is reborn, unleash his explosive attacks and cutting-edge abilities and become the ultimate weapon.

If you are familiar with Strider Hiryu, why not let others know?