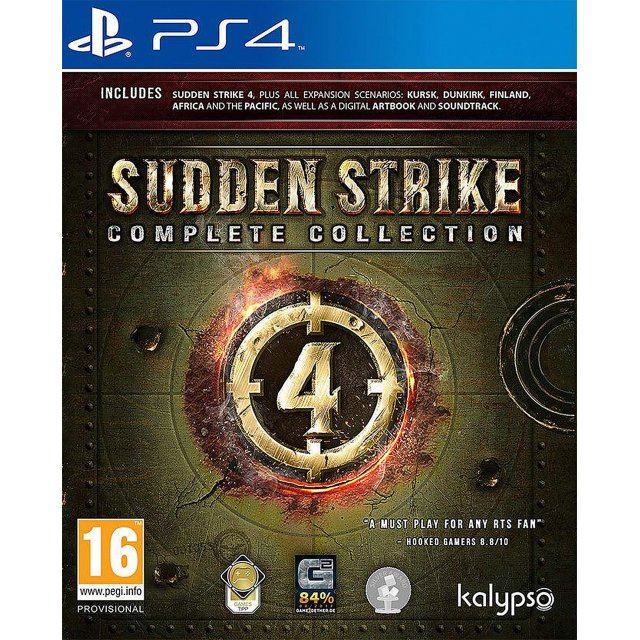 Works on all systems sold worldwide, a correct regional account may be required for online features.
Expected Stock Arrival 08/07/20
US$23.99
Our previous price:US$ 49.99
You save: US$ 26.00( 52% )
Manufacturer
Kalypso
Compatible With PlayStation 4™ (PS4™)
Version

Works on all systems sold worldwide, a correct regional account may be required for online features.
Expected Stock Arrival 08/07/20
Price
US$23.99
Our previous price:
US$ 49.99
You save:
US$ 26.00( 52% )
Play-Asia.com Return & Refund Policy
Click on a thumbnail to see more pictures for Sudden Strike 4 Complete Collection

The Legend of Heroes: Trails of Cold Steel II [Relentless Edition]
US$ 48.99

No reviews for Sudden Strike 4 Complete Collection yet.