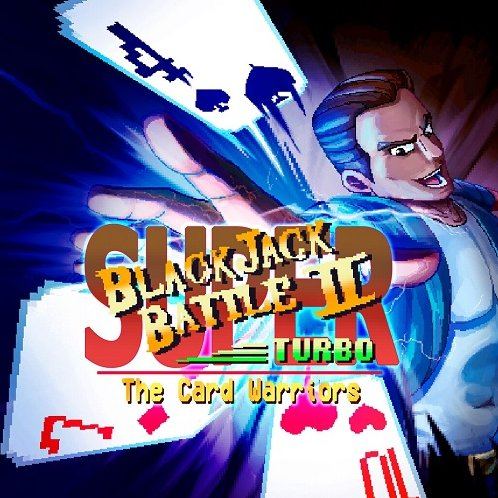 Region Free
This item will deliver instantly in your account. Some orders may be subject to verification by SMS or Voice which may cause delays.
US$8.00
Manufacturer
Head Up Games
Price
US$8.00
Play-Asia.com Return & Refund Policy
Click on a thumbnail to see more pictures for Super Blackjack Battle 2 Turbo Edition - The Card Warriors

Following an invitation by the owner of the largest Casino in Las Vegas and Godfather of the local most influential crime family, each character will face the other participants in a face-off game of cards.

Only the best of them will fly to Vegas to challenge the Godfather himself in a final match, not knowing that the tournament itself is nothing more than a charade to hide a ruthless master plan to defeat the competing clan family...

No reviews for Super Blackjack Battle 2 Turbo Edition - The Card Warriors yet.