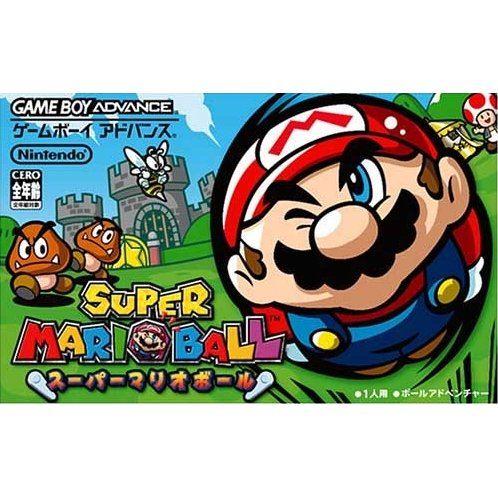 It's just a pinball game, right? Hardly. It's a flipping adventure. Mario rolls through different worlds. Instead of performing his signature jump on enemies, Mario just steamrolls them in ball form.Each pinball arena contains a door to the next level. You must shoot Mario into the door to open it and then shoot him through the door to advance to the next level. Of course, all your favorite baddies from the Mario universe stand in the way of Mario and the door.In some levels, Mario can roll through special openings to face a boss character or pick up bonuses. Every time you knock out a bad guy, it leaves behind a coin. With those coins, you earn points. Toad also appears occasionally and hosts a shop where you can buy items. Buying an extra pipe is nice in times of need, or maybe you'd rather have the mushroom to transform into a super Mario ball.Mario can also earn other bonuses. Once you defeat enough opponents, a question mark sometimes appears in the middle of the level. Once Mario rolls into it, bonus items appear in a box. Press the A Button to win the item that appears in the box, like an extra pipe to keep Mario from rolling past the flippers. The item can even be something bad, such as a reduction in points.The controls are very, very simple. You just control the flippers at the bottom of the screen. However, the gameplay is so addictive that it's tough to stop once you get on a roll.

If you are familiar with Super Mario Ball, why not let others know?

[This review is based on another version of this product]
wuzzi (138) on 07, Oct. 2013 19:59 (HKT)
not so good
the game was kinda boring, the only plus for it is that its a mario game and it can be fun..SOMETIMES
KK (49) on 28, Jul. 2008 18:04 (HKT)
Crap physics
The game looks great, but the play isn't that good because of the ball physics. The ball flies wherever it wants to instead of where player wants. In too many important moments in the game you will need to count on your luck instead of your skills.

If you want a pinball game for the GBA, then buy Pokemon Pinball instead. It rocks.

Rank: 2 out of 5.
superdude342 (4) on 15, Sep. 2004 01:18 (HKT)
Mario ball rocks
Wow! This game is gorgeous! Mario looks like a king in there. The game feels more like an adventure game then a pinball game. It\'s really a fresh take on the genre. It\'s pretty addictive, not anything revolutionary but mario ball is a pretty good game.

It\'s a pretty hard game though. People who get frustrated easily (like me) should stay away from this game. I learn many new curse words while playing this. Finally got 100% after about a week or so, but this game almost killed me.

It\'s a pretty good import since there\'s only 2 menu\'s to navigate and saving isn\'t complicated. Just be sure to save everytime though, if you turn off your SP without saving, the game will erase your file. This was done to prevent cheating.

Last thing, importing this isn\'t necessary. The game will arrive in North America in less then a month (october 4). But if you don\'t mind, feel free to import, Super Mario Ball is a way cooler name after all.

P.S. To read a very good import playtest, go here:
http://www.projectcoe.com/Nin_Imports/smpb.html
a2dubai (10) on 03, Sep. 2004 03:17 (HKT)
Cool game
I totaly agree with iandg-mcshane it is very nice game but still I feel Nintendo can do better then this but I recomand it for anyone owns GBA , GBA SP.
Tom McShane (4) on 02, Sep. 2004 01:51 (HKT)
Oh yes!
Although it may sound like another attempt to get more cash for Nintendo, this Pinball games is actually pretty good. The tables are huge, and like RPG areas, the cutscenes look beautiful in glorious 3D, and the sounds are straight from Mario64 and Mario Sunshine. And there\'s not alot of Japanese text so whatever language you speak, you won\'t have trouble understanding this game. I highly recomend it to anyone who owns a GBA.