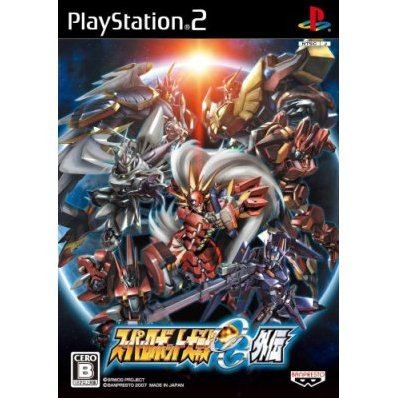 If you are familiar with Super Robot Taisen OG: Original Generations Gaiden, why not let others know?

If you enjoy playing a "HARD" super robot wars game...do pick this up !!
legendia21 (11) on 30, Dec. 2011 07:19 (HKT)
OGs is the best SRW sub series
All your favorite kick*** originals are here to destroy everything in your path, have fun with Compact 3's and R's originals(the newcomers).
Hayato01 (502) on 11, Jan. 2011 03:22 (HKT)
Same gameplay but with Banpresto's Original Mechs
Great game and also one of Banprestos original characters is playable from SRT R
jncfoo (103) on 19, Jun. 2010 14:24 (HKT)
Solid tactical strategy offering
Another solid turn based strategy title from Banpresto tho the card game is a weak component of an otherwise execellent title.
Sadly Banpresto never translated the game so that more people can ejoy the goodness that is SRW although the introduction of the Original Generations line was to bypass the messy western licensing issues.
[This review is based on another version of this product]
diablejump (2) on 27, Mar. 2010 12:49 (HKT)
Great things to come
Anthr execellnt title from Banpresto as always. If this speaks for an Original Generations 3 being released in the future, then I can't wait.
1 »