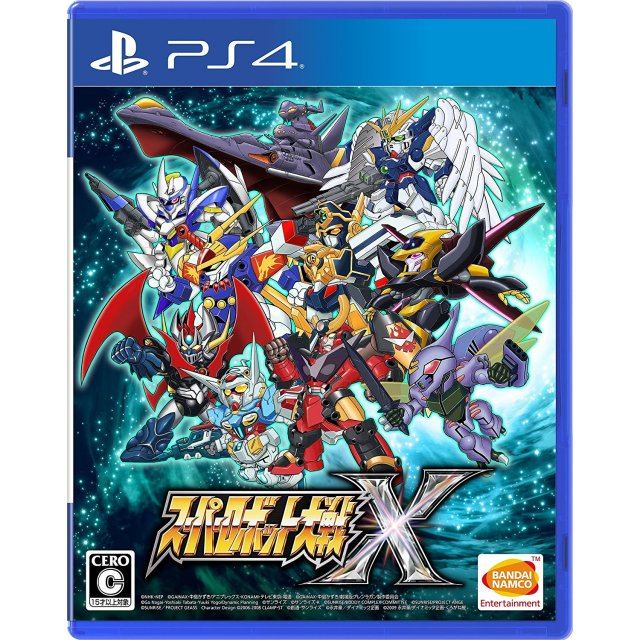 Works on all systems sold worldwide, a correct regional account may be required for online features.
24h In stock, usually ships within 24hrs.
US$78.98
Our previous price:US$ 79.99
You save: US$ 1.01( 1% )
Manufacturer
Bandai Namco Games
Compatible With PlayStation 4™ (PS4™)
Version

Works on all systems sold worldwide, a correct regional account may be required for online features.
24h In stock, usually ships within 24hrs
Price
US$78.98
Our previous price:
US$ 79.99
You save:
US$ 1.01( 1% )
Play-Asia.com Return & Refund Policy
Click on a thumbnail to see more pictures for Super Robot Taisen X

High-ResolutionGraphics for Breathtaking Battle Scenes
Battle scenes with high-quality graphics and detailed movement are rendered by utilizing an improved processor. On top of the highly popular battle cut-scene animations seen in the previous Super Robot Wars V, this series will feature pilot cut-scenes for some characters. Character animations are also rendered naturally and dynamically.

If you are familiar with Super Robot Taisen X, why not let others know?