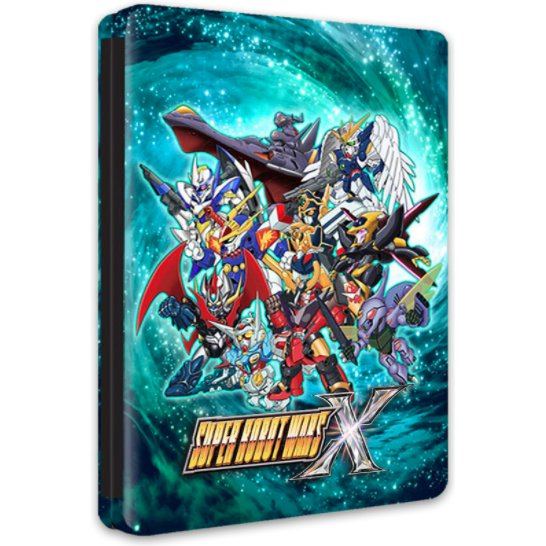 Works on all systems sold worldwide, a correct regional account may be required for online features.
Get informed when this item is in stock by using our Personal Agent from the right.
Expected Stock Arrival 05/29/20

Super Robot Wars is a simulation RPG with various types of robots crossing-over from different anime titles to fight against common enemies. More than 90 titles (including the best version) have been released to date. In 2016, the 25th anniversary of this series was localized for Taiwan, Korea, Hong Kong, and the Southeast Asia region. In the upcoming Super Robot Wars X, fans will see improvements in the quality of the game system and graphics, with a new world view and story.

If you are familiar with Super Robot Wars X (English Subs) [Steelbook Edition], why not let others know?

about the game, so far it's exactly what i was expecting, another great iteration of the srw franchise.
dekent59 (1) on 27, Jun. 2018 08:23 (HKT)
More of the same, just what I want!
Great game, a bit heavy on the gundams and useless units, but for that giant robot smashing goodness in a tactical combat setting, look no further! English is only a little wonky too, definitely an improvement over Moon Dwellers in that regard.
1 »