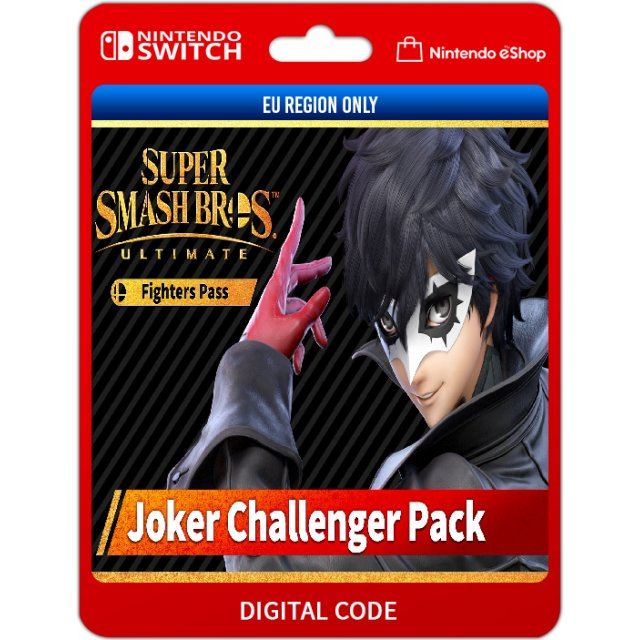 Europe
This item will deliver instantly in your account. Some orders may be subject to verification by SMS or Voice which may cause delays.
US$7.90
Manufacturer
Nintendo
Compatible With Nintendo™ Switch (SW)
Version

Joker steals the show when he joins the Super Smash Bros. Ultimate game as a playable fighter! This speedy fighter from the Persona series wields a knife and a gun to rack up damage. When his Rebellion Gauge is full, Joker summons his Persona, Arsene, to immediately power up his attacks for a limited time. This pack also includes Mementos, a stage that changes colors, depending on which Persona series music track is playing!

Challenger Pack 1 includes Joker as a playable fighter, his stage, Mementos, and a selection of music from the Persona series.