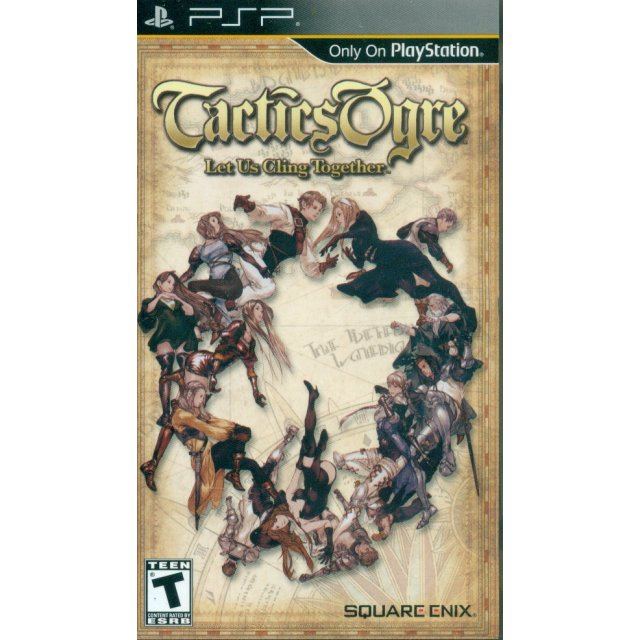 Tactics Ogre: Let Us Cling Together

Works on all systems sold worldwide, a correct regional account may be required for online features.
1w Expected stock arrival within 1 week.
US$29.99
Our previous price:US$ 44.99
You save: US$ 15.00( 33% )
Manufacturer
Square Enix
Rated By Our Customers
1w Expected stock arrival within 1 week
Price
US$29.99
Our previous price:
US$ 44.99
You save:
US$ 15.00( 33% )
Play-Asia.com Return & Refund Policy
Trustpilot
Trustpilot
Click on a thumbnail to see more pictures for Tactics Ogre: Let Us Cling Together

Behold the Valerian Isles, jewels of the Obero Sea. Long a center of naval commerce, the people here have struggled throughout history for dominion over these shores.Finally there rose a man to put an end to this conflict. His name: Dorgalua Oberyth. But history would know him as the Dynast-King. Dorgalua took the disparate races of men calling the islands home and united them as one. For fully half a century the Dynast-King reigned, and Valeria knew prosperity.Upon the death of the king, the ruling Bakram declared the independence of their Royal City of Heim, and backed by the Holy Lodissian Empire to the north, created the Bakram-Valerian Kingdom.This left two clans to vie for supremacy in the south: the Galgastani and the Walister. The Walister, however, were far outmatched, and in the span of half a year had been brought to their knees. Thus emerged the Kingdom of Galgastan, and with it an official end to the blood war.Victory begets peace, and for once, the battlefields of Valeria stand silent. Yet none believe the calm will last.

If you are familiar with Tactics Ogre: Let Us Cling Together, why not let others know?