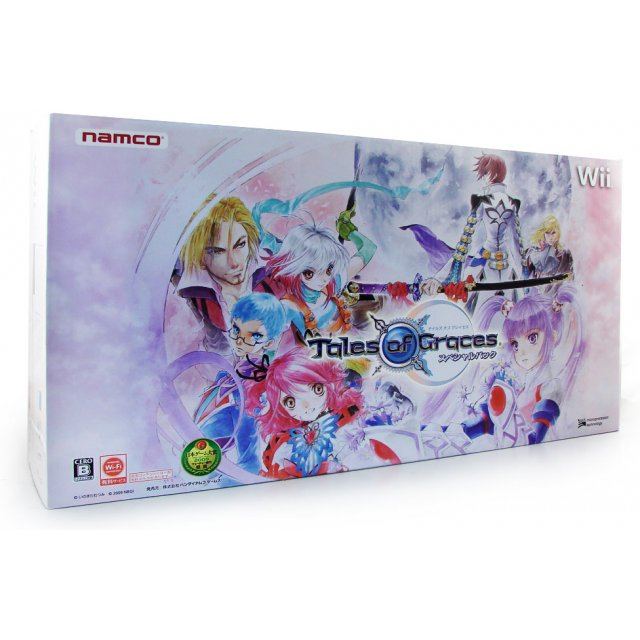 If you are familiar with Tales of Graces (Wii Bundle), why not let others know?

[This review is based on another version of this product]
eric (54) on 24, Mar. 2011 04:04 (HKT)
Not only Mario!
Nintendo did bring us a lots of fun via their Mario series, but not just Mario! Xenoblade, The Last Story are great game! and it exclusive on Nintendo! Don't wait, its selling cheaper now. Good price and best buy! Just go for it!
[This review is based on another version of this product]
squall.nagisa (1) on 23, Feb. 2011 15:54 (HKT)
Magnifique!
A must have A-RPG, One of the best game I've played in this generation of game system, The Last Story is an association of an awesome battle system, a gorgeous OST, an incredible Chara Design, a good storyline. Mr Sakaguchi bring a new masterpiece in the J-RPG world. This collector edition is beautifull, must have if you're a true fan of RPG.