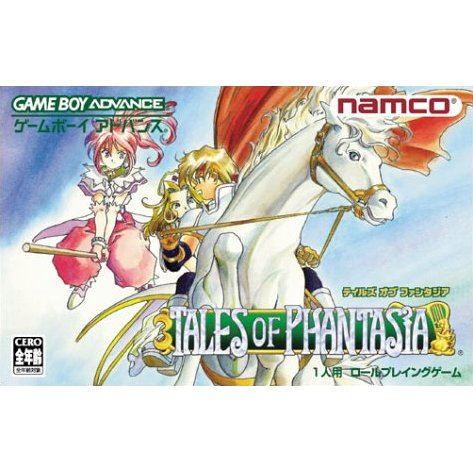 Works on all systems sold worldwide, a correct regional account may be required for online features.
1-5d Expected stock arrival within 1-5 days
Price
US$119.99
Play-Asia.com Return & Refund Policy
Click on a thumbnail to see more pictures for Tales of Phantasia

The GBA remake of Tales of Phantasia is a mix of the previous SNES as well as PSX version. There will be human voice acting for things like battle commands/skills/etc and victory, and you can revel in the SFC version of the openning theme.....

If you are familiar with Tales of Phantasia, why not let others know?

The PSone port is usually considered the best version of Phantasia.

In the GBA version everything got watered down, and the voices went from being bad in a funny way, to bad like in really bad.

Just get it if you want it as a collectible, otherwise play the SNES or PSone versions.

(Based on my previous review of the american version)
sandmonkeys (1) on 11, Aug. 2005 00:29 (HKT)
A great version of a great game!
If you have never played Tales of Phantasia then I feel sorry for you... Tales of Phantasia is the first in the amazing tales series. If you have played either the PSX version or the orgional SNES version you won\'t find too much new here though. The nice thing about this version of the game is the graphics... They are still 2D like the graphics in the SNES version but there more bright and well drawn like the PSX version. This is a game for fans and new commers alike!