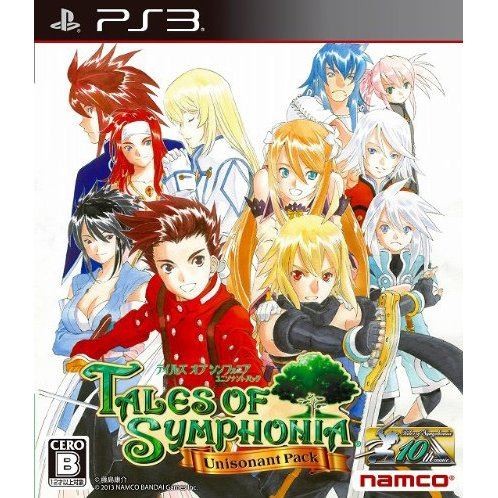 Works on all systems sold worldwide, a correct regional account may be required for online features.
24h In stock, usually ships within 24hrs.
US$79.99
Manufacturer
Bandai Namco Games
Rated By Our Customers
Compatible With PlayStation 3™ (PS3™)
Version

Works on all systems sold worldwide, a correct regional account may be required for online features.
24h In stock, usually ships within 24hrs
Price
US$79.99
Play-Asia.com Return & Refund Policy
Click on a thumbnail to see more pictures for Tales of Symphonia: Unisonant Pack

If you are familiar with Tales of Symphonia: Unisonant Pack, why not let others know?

While I'm aware some fans will be eager to make reviews here, I suggest ignoring the fans that say the game lacks any new content. It's not true, costumes are content too. I've unlocked a few new ones lol
ayion (21) on 01, Nov. 2013 08:21 (HKT)
masterpiece republished on PS3 ...
Great game on PS3 again, with HD graphic ... But no new content or storyline, still masterpiece to me.
[This review is based on another version of this product]
Hayato01 (503) on 23, Oct. 2013 16:03 (HKT)
Great game
The game is great for any tales of fan and its a great purchase for those that missed out on Tales of Symphonia on the gamecube
1 »