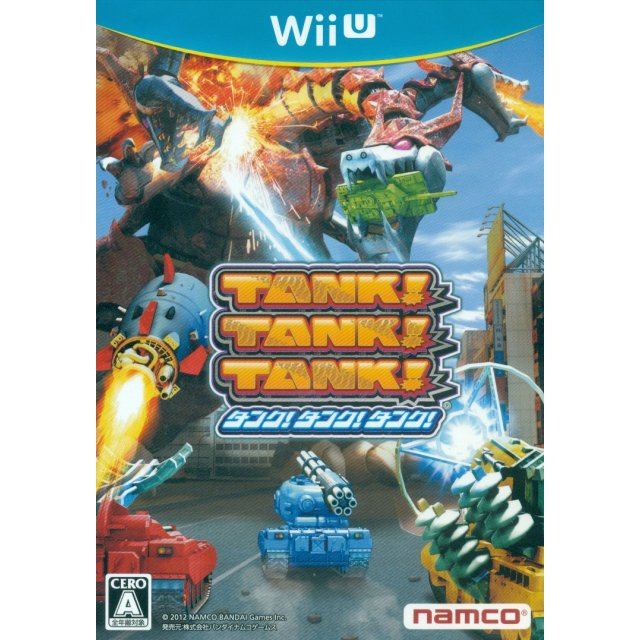 Bandai Entertainment
Compatible with Wii U™ (Wii U™)
For JPN/Asian systems only.

The ultimate multiplayer experience for the Wii U!TANK! TANK! TANK! is an over-the-top battle party game where players will feel the thrill of driving and shooting with tanks. With support for up to 4 players, family and friends can battle giant monsters or compete in Free-for-All and Team Versus modes. An exciting story mission mode allows you to level up your tanks while battling a variety of giant enemies. Wii U specific features make TANK! TANK! TANK! the best battle party game for the whole family!