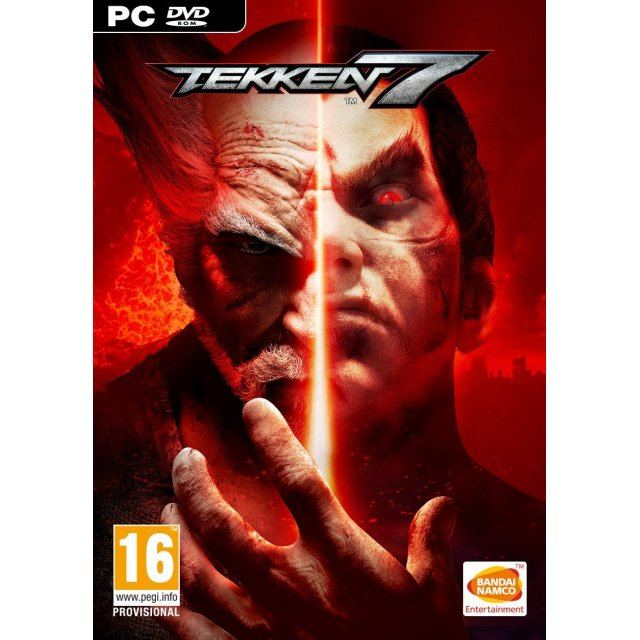 Continue the hardcore action in Bandai Namco's latest release TEKKEN 7! This ninth entry to the famed fighting game series TEKKEN concludes the story of the Mishima clan saga and unravels other mysteries that has baffled players throughout the series. Enjoy all-new characters, modes, and mechanics as possibly the best ever TEKKEN game to be launched; Bolstered by the UNREAL 4 engine, this epic fighting game will smash its way into next-gen consoles.

Enjoy a one-on-one battle made rich with exciting new gameplay mechanics like the Rage Art, that allows players to execute powerful attacks when their health gets low giving them a last-ditch attempt for a comeback. Another is the Power Crush which allows players to continue their attacks while being hit by the enemy. Item Moves and Stage effects will also be returning to the game to let players fully immerse themselves in the battle ring.

Note:
- This is a digital code in a box. No discincluded. Requires Internet Connection and a Steam Account to download.

No reviews for Tekken 7 (DVD-ROM) yet.