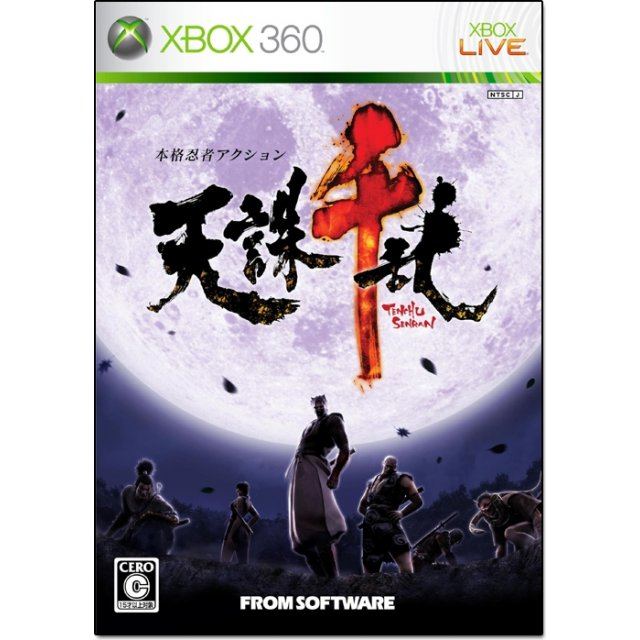 sold Out of print / Out of stock.
Manufacturer
From Software
Compatible With Xbox360™ (X360)
Version

Tenchu Senran is the latest in the long-running ninja stealth/action series. Instead of playing as the usual ninja heroes of Tenchus past (such as Rikimaru, Ayame and Rin), you create a new ninja (male or female) at the start and from there build up your assassin in various missions across feudal Japan.
This is the Japanese edition of the game, and as such has little if any english language in it. Veteran Tenchu players will probably be able to jump right in and play this slick new sneak-and-slay title. Newbies will have to struggle through and try to learn the various moves and techniques to become true ninja warriors. While graphically unspectacular (for a Xbox360 game), it is the best-looking Tenchu yet, and the Character Creation elements and slick controls are quite accessible. Worth a look for fans of ninja action and Tenchu fans looking for their latest slash-fest fix.

If you are familiar with Tenchu Senran, why not let others know?

gregor_thewolf (8) on 15, May. 2007 15:29 (HKT)
Ninja simulation on the 360!
Tenchu Senran puts you in the soft-soled tabi of a ninja in the employ of series\' mainstay, Rikimaru. You create your own hunky ninja or sexy kunoichi at the outset, modifying them with various articles of clothing as you go along, and learning new skills and powers as you improve. Missions from assassination to theft and item collection await, all across a strife-ridden province of Feudal Japan.
Graphically, the game may not be a Ninja Gaiden, but it does the job; it\'s not ugly at all, but it could have been a lot better. On the plus side, the game excels in the control and gameplay- it\'s not hard, but gives you adequate room to just lurk and slink around and kill enemy guards with impunity. After a bit, you\'ll be sneaking like a master, and it\'s bliss for ninja fans.

You can create your own ninja and fight true the Solo campaign or online on xbox live with many other human ninjas.

Great Story,great weapons and an amazing gameplay with the typical Tenchu-feeling!