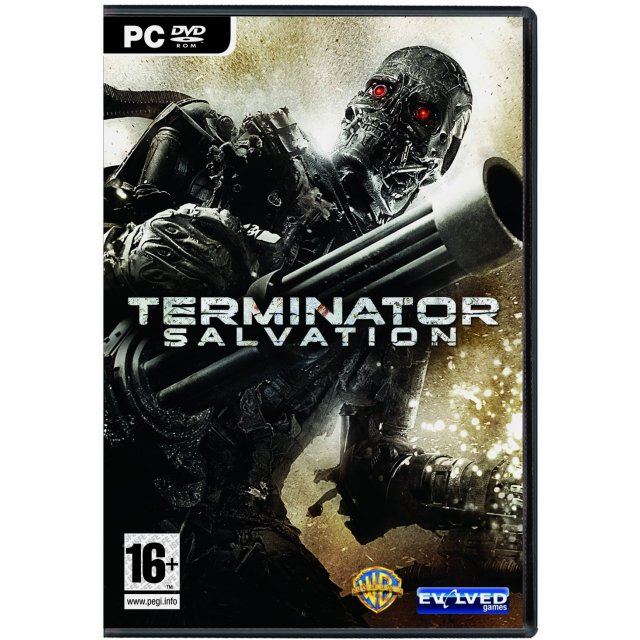 sold Out of print / Out of stock.
Manufacturer
Warner Home Video Games
Rated By Our Customers
Compatible With Windows™ (PC)
Version


Click on a thumbnail to see more pictures for Terminator: Salvation (DVD-ROM)

Terminator Salvation the videogame is an intense action-packed third-person shooter featuring concentrated armed combat against all of the Skynet enemies from the film and new killer machines specifically designed for the game. Taking place two years before the events of the upcoming film set in a post apocalyptic, decimated Los Angeles, players will be lead through a visceral, story and character driven gaming experience.

Featuring intense third-person action, Terminator Salvation the videogame will take combat to the next level with iconic enemies, cinematic fight sequences and advanced weaponry, drawn directly from the film, as well as an innovative, multi-layered cover mechanic.

If you are familiar with Terminator: Salvation (DVD-ROM), why not let others know?