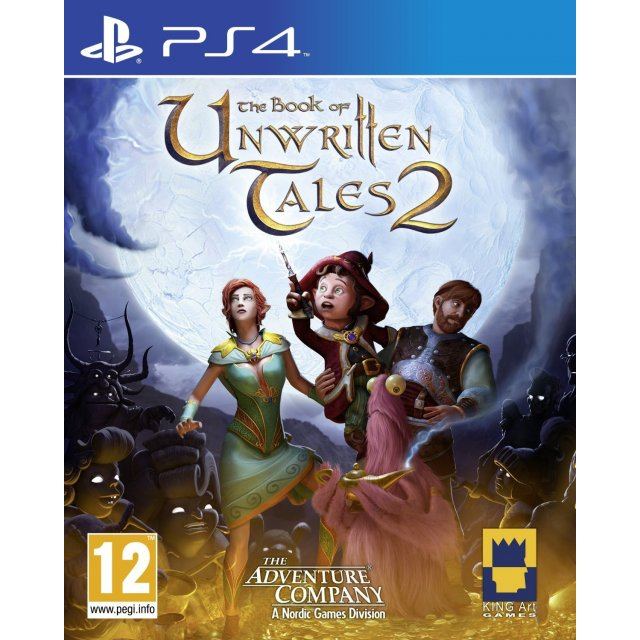 Works on all systems sold worldwide, a correct regional account may be required for online features.
1-2w Expected stock arrival within 1-2 weeks.
US$16.99
Manufacturer
Nordic Games Publishing
1-2w Expected stock arrival within 1-2 weeks
Price
US$16.99
Play-Asia.com Return & Refund Policy
Click on a thumbnail to see more pictures for The Book of Unwritten Tales 2

Despite having their own different problems to deal with, the little gnome Wilbur, the elf princess Ivo, the human adventurer Nate, and the shaggy creature Critter will once again unite to save the world of Aventasia from its new threats: a spreading epidemic, malicious political movement, and hundreds of weird, yet oddly logical puzzles!

Play each of the heroes individually, or with two or even three characters simultaneously to solve some of the riddles and quests. Also,Book of Unwritten Tales 2uses projection mapping technology to make numerous beautiful-crafted locations to be lifelike - accompanied perfectly by fantastic soundtracks.

No reviews for The Book of Unwritten Tales 2 yet.