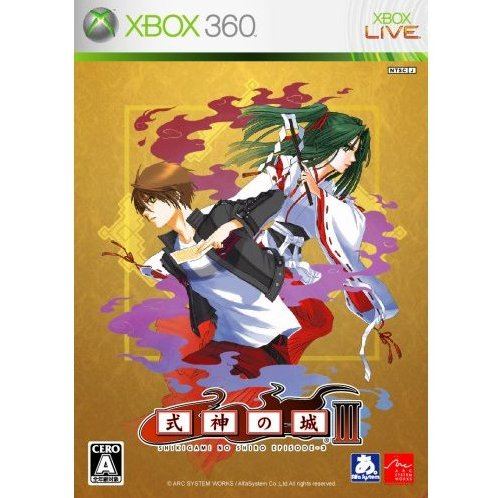 The Castle of Shikigami III / Shikigami No Shiro III

sold Out of print / Out of stock.
Manufacturer
Arc System Works
Compatible With Xbox360™ (X360)
Version

Shikigami No Shiro III (aka. Castle Shikigami III) is an arcade shooting game developed by Alfa System and originally released on the Type X arcade board. Shikigami no Shiro III resembles past entries of the character driven scrolling shooter series, with its vertical display and anime cut-ins. This time around, players select from 10 warriors whom they directly navigate. The game includes five stages of blasting action, each cumulating in a major boss fight.

New for the home versions is a Dramatic Change Mode, where you can change between two characters on the fly. As a result of this new mode, you can now enjoy the two-player exclusive scenarios from the arcade version even when playing by yourself. The home version also includes a gallery mode.

If you are familiar with The Castle of Shikigami III / Shikigami No Shiro III, why not let others know?

Imation (464) on 15, Jan. 2010 07:42 (HKT)
Bulletmania
Awesome game, bullets bullets bullets and more bullets!, multicolors and more. Fast action, good bosses and good music bgm ;)
aoshi00 (57) on 22, Oct. 2009 09:20 (HKT)
Much better than the Wii version
I first played this on the Wii, but this trumps the Wii version in every way by supporting HD graphics and true widescreen mode (the Wii version is in low res and you either stretch the screen horizontally or play it w/ the black bars on both side). The analog stick on the 360 controller is much more responsive than all the control schemes for the Wii version as well (Wii remote, classic, or GC controller) as you need precise control for a shmup when dodging bullets covering the whole screen. Also there are different scenarios for single player and even two-player mode, and unlocking of art gallery. The 360 achievement is also a plus if you're into raking in more gamer scores.
docomogame (540) on 21, Oct. 2009 10:52 (HKT)
Blast them all !!!
The 3rd Title in Series. Come to 360 & Wii , Enjoy it to fly and shoot the enemy .
enser.x (7) on 24, Apr. 2009 14:23 (HKT)
Great
Dramatic mode makes the game and takes it to another level. Best Shikigami yet.