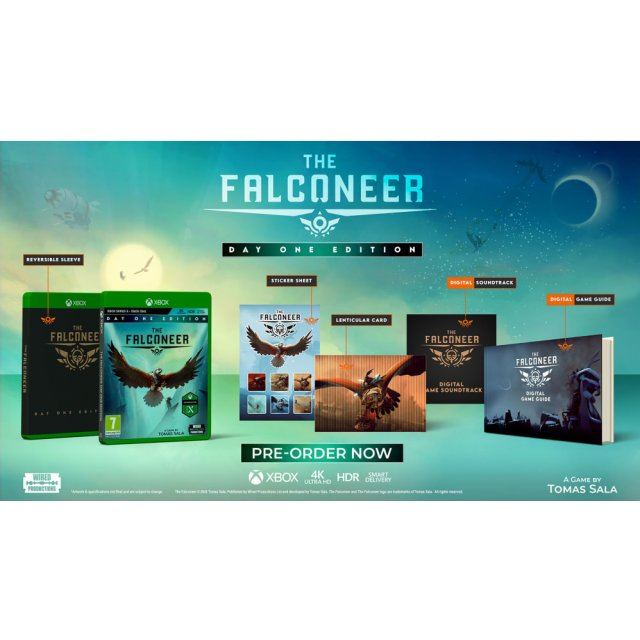 Become the Falconeer and soar through the skies aboard a powerful Warbird. Uncover secrets lost to the sea as you join or oppose different factions and clans scattered throughout The Great Ursee. Take advantage of multiple Falconeer classes with individual stats, weapons, and warbirds that can be upgraded through winning battles, completing quests, discovering secrets, or applying Mutagens or Chants. Use ocean thermals and energy to dive, dodge, barrel-roll, and twist to gain the advantage.

Pre-order The Falconeer to received Day One Bonuses: