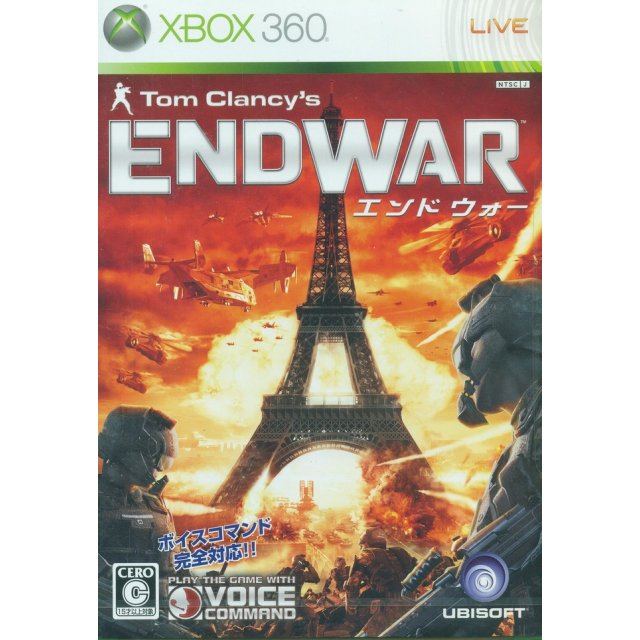 "I know not with what weapons World War III will be fought, but World War IV will be fought with sticks and stones." - Albert Einstein2011 - 2014. The world enjoys an unprecedented era of peace as enhanced defense technology eliminates the threat of nuclear war. But can it last?2020. Constant depletion of resources has international tensions at a breaking point. One spark will ignite what no one thought could happen...a third and final world war.Introducing Tom Clancy's EndWar, the first new Clancy I.P. since the highly acclaimed Tom Clancy's Splinter Cell launched in 2002. EndWar will bring World War III to life in a way only Clancy can.

If you are familiar with Tom Clancy's EndWar, why not let others know?

[This review is based on another version of this product]
holy_mercenaries (21) on 09, Oct. 2009 11:41 (HKT)
the only game i cnt play with hard
first of all...this is the only game i cnt take on level hard...because its like i am outnumbered,either using EU,JTF or SPETSNATZ...graphic is cool...advance tech weapon but still i need to know how to used WMD.9/10 my rate