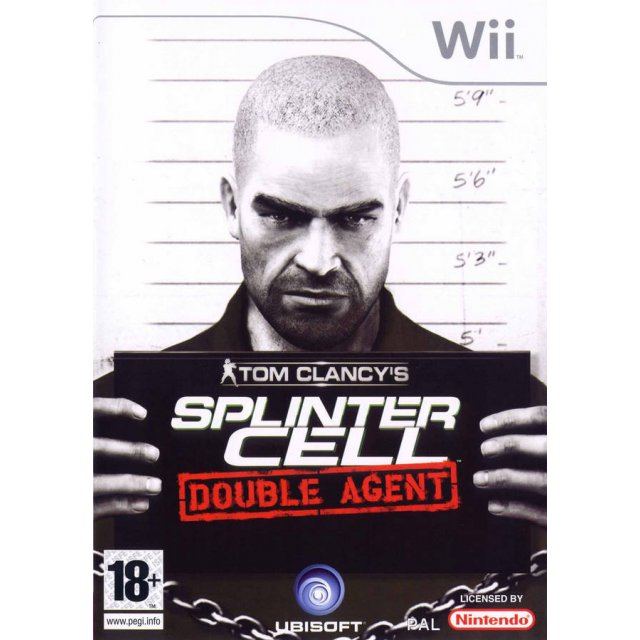 Ubisoft
Compatible with Nintendo™ Wii (Wii™)
For PAL systems only.

sold Out of print / Out of stock.
Manufacturer
Ubisoft
Compatible With Nintendo™ Wii (Wii™)
Version

Experience the relentless tension and gut-wrenching dilemmas of life as a double agent. Lie. Kill. Sabotage. Betray. All to protect the innocent.How far will you go to gain the enemy's trust? As a covert operative Sam Fisher, you must infiltrate a vicious terrorist group and destroy it from within. You'll need to carefully weigh the consequences of your actions. Kill too many terrorists and you'll blow your cover. Hesitate and millions will die. Do whatever it takes to complete your mission, but get out alive.

If you are familiar with Tom Clancy's Splinter Cell Double Agent, why not let others know?

[This review is based on another version of this product]
PuNiao (365) on 29, Mar. 2007 19:24 (HKT)
Tom Clancy\'s Splinter Cell: Double Agent
Sam Fisher is back in this fourth instalment of the ever popular Splinter Cell series. He takes on his toughest assignment by infiltrating a terrorist organisation in an effort to bring it down. Throughout the game, we see Sam experience that classic dilemman that moles face when he befriends people within the organisatio, blurring the lines of good and bad.