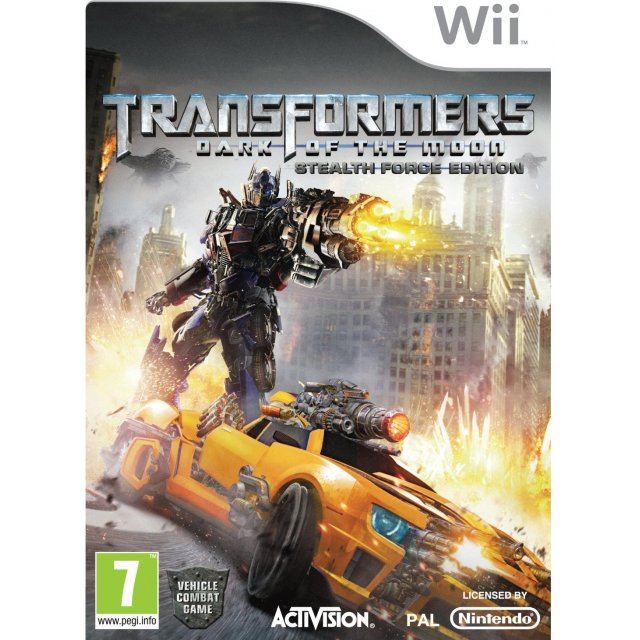 Activision
Compatible with Nintendo™ Wii (Wii™)
For PAL systems only.

The Transformers: Dark of the Moon game allows players to fight through the epic battles on Earth that will shape the events of the upcoming film. Armed with a brand-new gameplay mechanic, fans will harness the power of Stealth Force to instantly convert to a third, hybrid state that combines the weapons and firepower of robot mode with the agility and manoeuvrability of vehicle mode. Set in unique environments around the world such as the Jungles of South America, Siberian military facilities, Detroit Cityscapes and more, the game lets players assume the roles of a diverse roster of everyone’s favourite TRANSFORMERS from the movie through a heart-pounding campaign to save mankind. Additionally, fans can play the game with or against their friends through intense, online multiplayer game modes as their favourite iconic characters.

No reviews for Transformers: Dark of the Moon (Stealth Force Edition) yet.