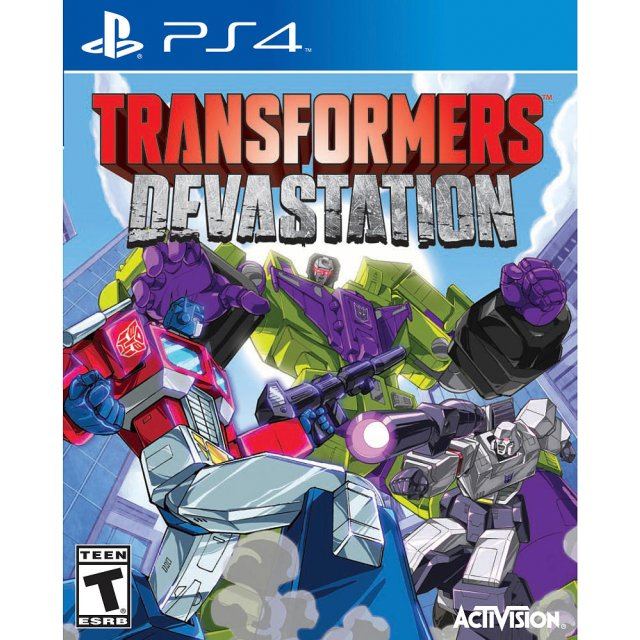 Collections
Activision
Rated
By Our Customers
Compatible with PlayStation 4™ (PS4™)

Works on all systems sold worldwide, a correct regional account may be required for online features.
1w Expected stock arrival within 1 week.
US$34.99
Manufacturer
Activision
Rated By Our Customers
Compatible With PlayStation 4™ (PS4™)
Version

TRANSFORMERS: Devastation is an original third-person action-brawler game based on Hasbro’s colossal science-fiction franchise and developed by acclaimed studio PlatinumGames. Combining fast-paced gameplay and fine-tuned controls, TRANSFORMERS: Devastation evolves the iconic robots in disguise in a way never before seen in a TRANSFORMERS video game. As the treacherous DECEPTICONS launch a cataclysmic assault on Earth, the noble AUTOBOTS will have to muster all their strength to save their new home from destruction.

If you are familiar with Transformers: Devastation, why not let others know?