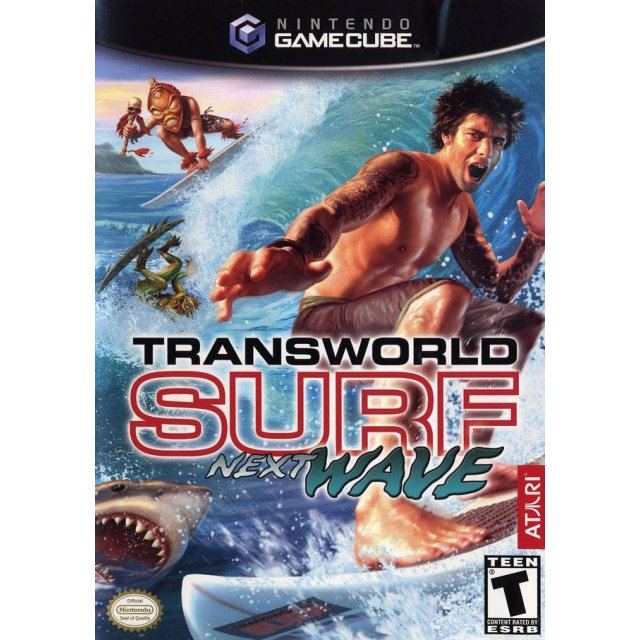 Atari
Compatible with GameCube™ (GC)
For US/Canada systems, use Freeloader for other.

TransWorld Surf: Next Wave features seven unique gameplay modes, including single-player ProTour, Free Surf and Single Session modes, as well as two-person multiplayer Free Surf, Competition, King of the Wave and Shark Attack mode. Shark Attack plays like "Tag" on the ocean - the ultimate goal is to avoid being "it" longer than the other surfers. The game starts when all surfers pull their first trick. The scores for that trick are compared, and the surfer with the lowest score wipes out and becomes the "shark." At the end of the event, the surfer with the least amount of time as the shark wins.In all gameplay modes, players interact with other surfers, animals and objects including porpoises, bodyboarders, boats and more. TransWorld Surf: Next Wave also features the Karma Meter, which tracks whether players interact with objects and people politely, leading to good karma, or rudely, leading to bad karma. Keeping the meter high in the "Good Karma" area will lead to a better ride - other surfers will keep clear of the player's path and the sharks in the surf will not attack.

No reviews for TransWorld Surf: Next Wave yet.