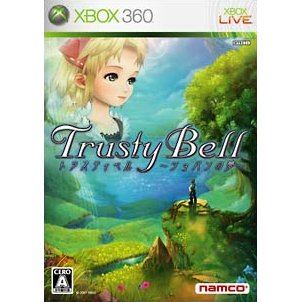 NTSC
1-5d Expected stock arrival within 1-5 days
Price
US$19.99
Our previous price:
US$ 29.99
You save:
US$ 10.00( 33% )
Play-Asia.com Return & Refund Policy
Trustpilot
Trustpilot
Click on a thumbnail to see more pictures for Trusty Bell: Chopin no Yume / Eternal Sonata

Trusty Bell takes place in a dream world which centers around the piano composer Frederic Chopin, who died at the age of 39 due to tuberculosis. The plot centers around the concept that three hours prior to his death, Chopin dreamed of a fairy-tale land, in which people with incurable diseases have great magical powers.In the dream world, Chopin meets a young girl named Polka, who lives in the Village of Tenuto. Polka also has a terminal disease, and her boyfriend Allegretto is searching for ways to convert her magical power into a cure.Eternal Sonata features a battle system centered around musical elements and character-unique special attacks. Light and darkness play a part in the appearance and abilities of enemies on the battlefield, as well as the types of magic that can be cast.The game does not only feature a selection of Chopin's compositions played by the pianist Stanislav Bunin, but also features additional in-game music composed by Motoi Sakuraba.

The Legend of Zelda: Phantom Hourglass
US$ 54.99

If you are familiar with Trusty Bell: Chopin no Yume / Eternal Sonata, why not let others know?