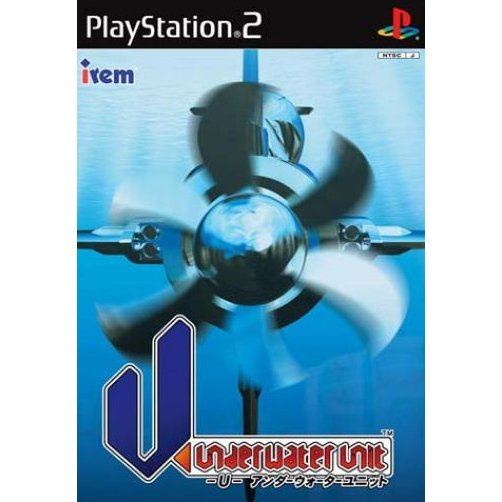 Irem
Compatible with PlayStation 2™ (PS2™)
For JPN/Asian systems only.

sold Out of print / Out of stock.
Manufacturer
Irem
Compatible With PlayStation 2™ (PS2™)
Version


Click on a thumbnail to see more pictures for U: Underwater Unit

In AD 2139 (not 21XX, but we'll forgive that lapse), a strange seismic shift afflicted the entire world with massive tremors. Once the tectonic plates settled down, the majority of settled land had sunk beneath the sea, leading to many deaths and the general collapse of social order. Pre-disaster technology didn't fade away entirely, though, and so what factions and individuals could scrape together the necessary resources adapted to the new conditions of life on and under the sea. By 2145, two developments arose: one, submarines became the most popular means of transport, and two, war arose between the grasping Melgis Empire and the Alliance Army resistance. As a last resort, the Alliance deployed the experimental Cronus attack submarine...

U- Underwater Unit is a sort of 3D throwback to one of Irem's last 2D shooter efforts, the popular In The Hunt. Underwater Unit is not a sequel, though, rather a sort of spiritual descendant. It features familiar cues like a submarine protagonist and giant golem-like deep-dwelling bad guys, but it's more than just a shooter, and the realtime 3D presentation would make it a very different game even if it were a pure action experience.

No reviews for U: Underwater Unit yet.