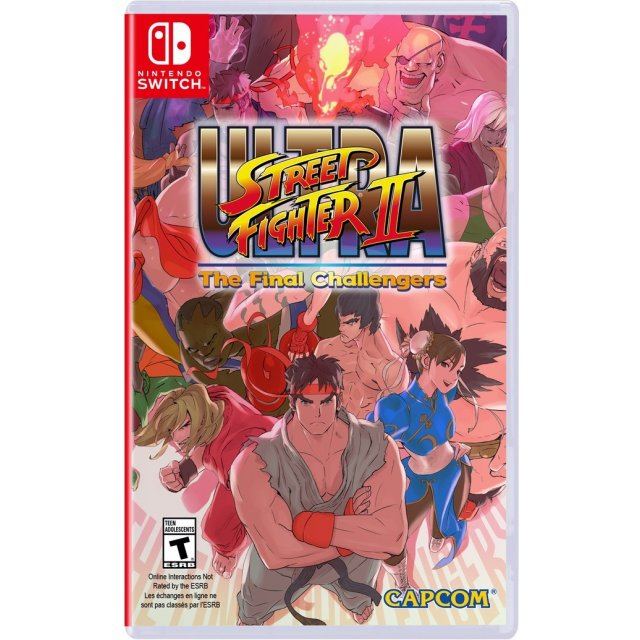 
Click on a thumbnail to see more pictures for Ultra Street Fighter II: The Final Challengers

Street Fighter II, the most iconic fighting game of all time, is back on the Nintendo Switch! The newest iteration of SFII in nearly 10 years,Ultra Street Fighter IIfeatures all of the classic characters, a host of new single player and multiplayer features, as well as two new fighters: Evil Ryu and Violent Ken!

If you are familiar with Ultra Street Fighter II: The Final Challengers, why not let others know?

fox.mc2010 (3) on 24, Jun. 2017 11:19 (HKT)
Worthy after all
It's true that it could be a little bit cheaper, but if you've never owned a Street Fighter II, it's actually great. Personally I like the fact that it comes with a digitlized art book of all Street Fighter series concept arts, promotional covers and different kinds of illustrations.
As for the game itself, is the same as always. The only thing that I don't like is the classic sound effects and voices option. While it's resembles well The New Challengers edition, it's not the same and as iconic as the original Street Fighter II sound (at least for me).
"The way of the Hado" mode, not particularly of my interest. I tried it once, and that was it.
athzem (105) on 21, Jun. 2017 17:30 (HKT)
My childhood was awesome....
Street Fighters 2 was the first fighting game I have ever played in my life. Now it was out again for Switch and I still love it. As I was lucky enough to play it when I was young, I realized that my childhood was awesome.
gismo_ismael (12) on 20, Jun. 2017 09:05 (HKT)
Street Fighter back to the roots
One of the most iconic capcom franchises is Street Fighter and without doubt this entry brings some nostalgic memories to the gamers. This game include the classic arcade mode and for first time the option to personalize the fighter costume color plus a new mode in first person. All this content for a convenient price.