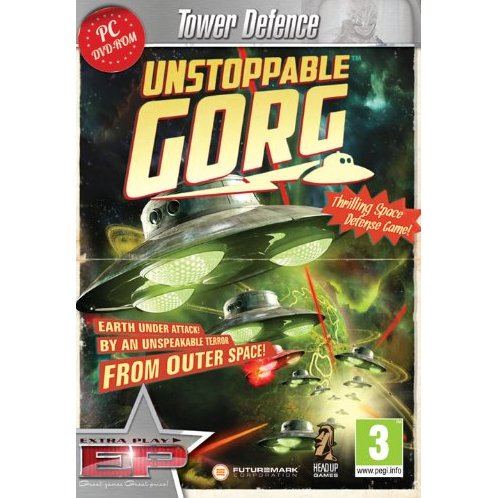 Unstoppable Gorg is a thrilling space defense game inspired by vintage sci-fi from the 1940s and 50s. Expect wholesome heroes, rubbery aliens and dodgy special effects as we pay homage to a great era of film. In Unstoppable Gorg you defend our solar system from the relentless march of a fearsome alien race by sending satellites into orbit around planets, moons and space stations. Unlike other tower defense style games, in Unstoppable Gorg you can move your satellites around their orbits to best defend against each wave, a convention defying mechanic that brings new vitality and interaction to the tower defense genre.

No reviews for Unstoppable Gorg (Extra Play) (DVD-ROM) yet.