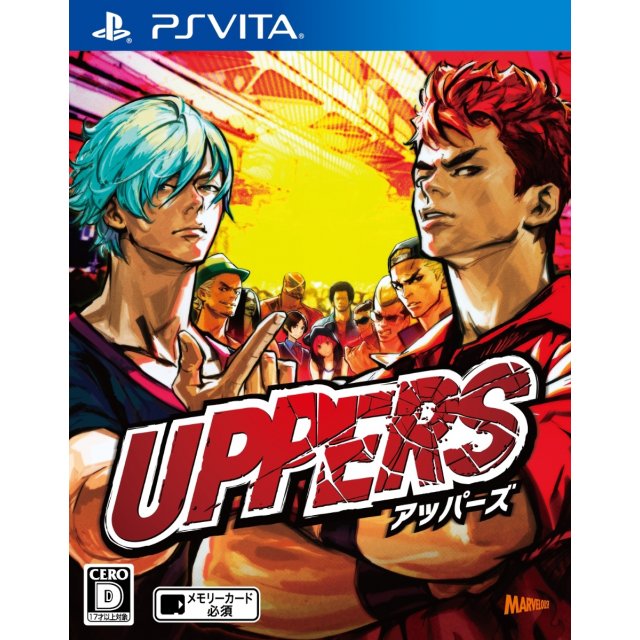 Right away, there are a few things that are immediately striking about the Senran Kagura Producer Keinchiro "Tits are life, ass is hometown" Takaki's newest game. One, it's got a major Kenka Bancho vibe to it, and that's because it's being developed by Bullets, who've been making the aforementioned games which feature over the top hot-blooded anime brawling about high school kids who use their fists over anything else. Secondly, there's an ecchi reward system, so there's definitely fan service, a signature of Takaki-San.

Set on "Last Resort," an isolated island where the denizens are battle starved outlaws whose only form of entertainment and communication are full on bare knuckle fist fights, players will be be freely rioting the island looking for trouble; fights are dramatic to say the least, as enemies can be thrown across destructive and interactive environments. For instance, an enemy can be be launched into the air, land into a combo which sends them flying through walls to land on a fire hydrant which breaks and shoots them into the air. The entire idea is to have unabashed button mashing joy where the character you pick becomes your fist, your juggernaut avatar.

There's also a mechanic on impressing the female spectators; the more damage you do equates to how much they will be into you. This debut trailer shows a literal peek of what is to come, and since it is Takaki's work, one can expect a certain type of physics which matches the intensity of the fighting.

Launching this Spring 2016, Uppers is the perfect game for those who enjoy action, anime, and fan service - to go!

If you are familiar with Uppers, why not let others know?

skeletor (3) on 18, Mar. 2018 17:23 (HKT)
a cool brawler with fan service
even though there are no english subs , the game is still playable and it is really fun. you can search online to find some English guides if you want to unlock everything. a really cool beat'em up with fan service.
FullGamer (3) on 09, Mar. 2017 08:17 (HKT)
Excellent!
Must own game, in Japanese but still playable and really fun game!
dr.alexjon (18) on 27, Dec. 2016 14:47 (HKT)
Best music
I really like the music to this beat m' up and the game is easy to understand
DePadova (1) on 03, Sep. 2016 02:37 (HKT)
Still hope for a western release
Sadly this game sold under 10K units in Japan (6k it's first week). Hopefully the desire for a localization is what drives them to push it to the west. I tweeted Keinchiro asking him sales would improve if the west got their hands on it and he liked it. So maybe it's something he was trying to push all along.

With the delays due to preorders being so low and content needing improvement, the game was shown a lot of attention. They have to try and make a profit on it. Localization is expensive but Marvelous is pretty good when it comes to that.
Imation (464) on 23, Aug. 2016 07:07 (HKT)
Excellent
yes, a real must have on vita system!!!!!
1 »