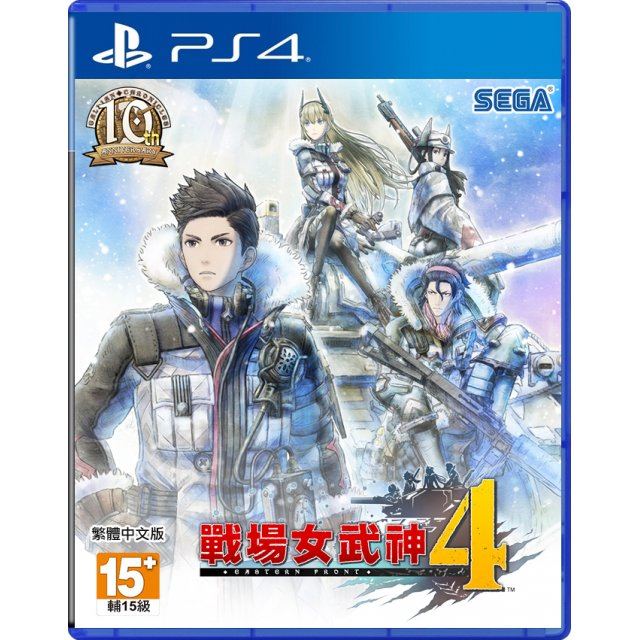 Works on all systems sold worldwide, a correct regional account may be required for online features.
24h In stock, usually ships within 24hrs. (Only 2 left in stock.)
US$23.99
Limited time offer - Secure yours now before the offer expires!

Manufacturer
Sega
24h In stock, usually ships within 24hrs
(Only 2 left in stock.)
Price
US$23.99
Our previous price:
US$ 48.99
You save:
US$ 25.00( 51% )
Play-Asia.com Return & Refund Policy
Trustpilot
Trustpilot
Click on a thumbnail to see more pictures for Valkyria Chronicles IV (Chinese Subs)

The continent of Europa is engulfed in the flames of the Second Europan War between the Atlantic Federation and the Autocratic Eastern Imperial Alliance. Although the Federation struggles valiantly against the Empire’s forces, the relentless imperial military machine threatens to consume them. With victory slipping away, the Federation executes Operation Northern Cross: a last-ditch attempt to capture the imperial capital and end the war.

Commander Claude Wallace and his loyal childhood friends in Squad E are sent to fight for the desperate operation’s success, but they will have to endure harsh bone-chilling elements, waves of imperial soldiers, and the terrifying Valkyria… and unravel a grave truth that will shake them to the core.

No reviews for Valkyria Chronicles IV (Chinese Subs) yet.