No Region Protection / Bishoujo
In stock, usually ships within 24hrs 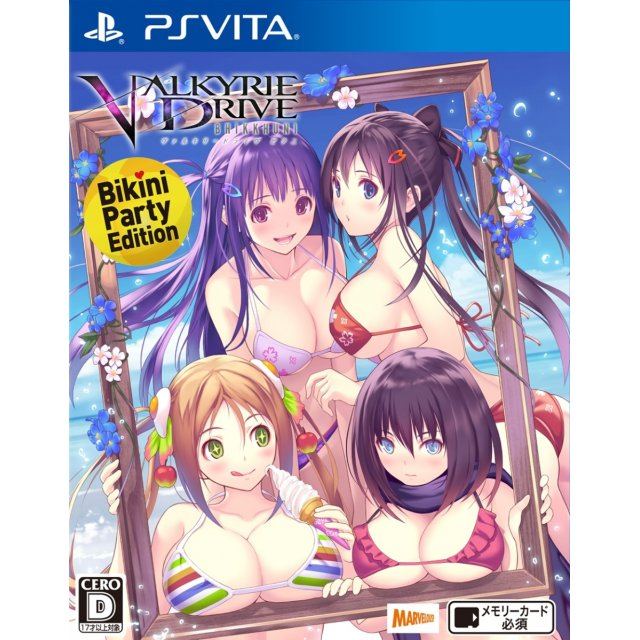 Valkryie Drive is Marvelous' new cross-media franchise fromSenran Kagura producer Kenichiro Takaki consisting of a planned TV anime, the PS Vita title Valkyrie Drive: Bhikkhuni, and a 'social game.'The PS Vita title takes place in a world where teenagers, or those in their twenties, suddenly find themselves infected with a mysterious virus that temporarily turns their very bodies into weapons. The title's main story revolves around a group of girls known as "Rebreakers"
who are able to wield these newly transformed weapons.

Action gameplay is described as '3D battle action' and consists of fighting swarms of enemy forces in teams of two - one who turns into a weapon and the other wielding it. As the girls fight together, their synchronization increases and certain aspects such as their weapons, combos, and dialogue can change. Additionally, players can perform special attacks that tear up the clothes of both allies and enemies.

The adventure gameplay is how players will interact with other characters, with the base of character interaction set in the 'Cafeteria.' In the Cafeteria players are able to talk with other characters, including events that raise each other's mutual affection levels. Additionally there is a 'Communication Room,' where players can change each character's clothing, underwear, hairdo, and accessories. The Communication Room also serves as the location for the 'touching' portion of the game during costume changes. Depending on the experience points you earn, your 'Oppai Rank' will rise, and you can get title and mini-game challenge tickets.

If you are familiar with Valkyrie Drive Bhikkhuni Bikini Party Edition, why not let others know?

Great for those that are into 3D games and fighting games!