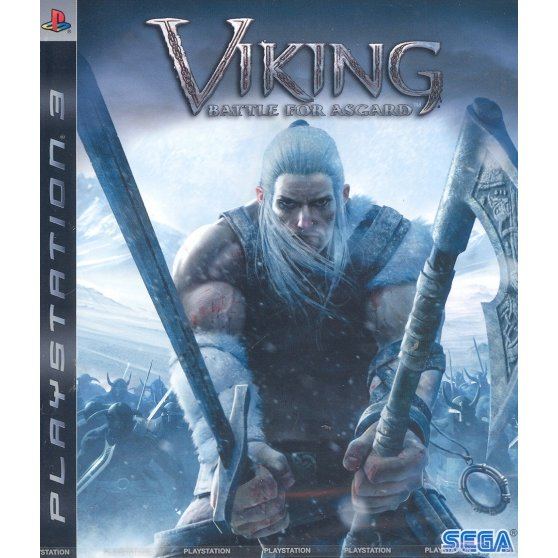 
Click on a thumbnail to see more pictures for Viking: Battle for Asgard

A fierce struggle is taking place within the realm of the Norse Gods, as the goddess Hel has been banished for defying Odin, Lord of Asgard. Angry at her fate, Hel has raised an army of resurrected Viking warriors to wipe out all of humanity in the mortal realm of Midgard, as she seeks to bring about Ragnarok -- the apocalyptic battle that that will destroy Asgard and the Gods themselves. The task of stopping Hel and defending the future of mankind falls to Skarin, a promising but deeply flawed young warrior, ignorant of the true reason for his favor with the Gods...

[This review is based on another version of this product]
inaka_rob (196) on 26, Oct. 2011 14:53 (HKT)
pretty good game if the price is low
action adventure and hack n slash.
This game breaks no new ground at all, but is worth the time and money I payed for it. It is also very easy to get a lot of achievements. I got 800 on one 15 hour play through with out trying too hard.
nokiadude (299) on 14, Jul. 2011 00:43 (HKT)
viking
gr8 game play 4 stars !
[This review is based on another version of this product]
derekwlj (77) on 19, Feb. 2011 10:07 (HKT)
Nice~
Stunning visuals and intresting gameplay. Nice story too.. A nice get if on promotion.
[This review is based on another version of this product]
flavioestimak (1) on 14, Jan. 2011 22:52 (HKT)
Could be better...
I payed a very low price...but for a very low quality game also. The game can give you a fun time, but only if you like to do repetitive things. Those magics ? c'mon..I don't even needed to use them to kill the last Boss (by the way, ridiculous one...sometimes you get more troubles to free a village to actually kill that flame woman).