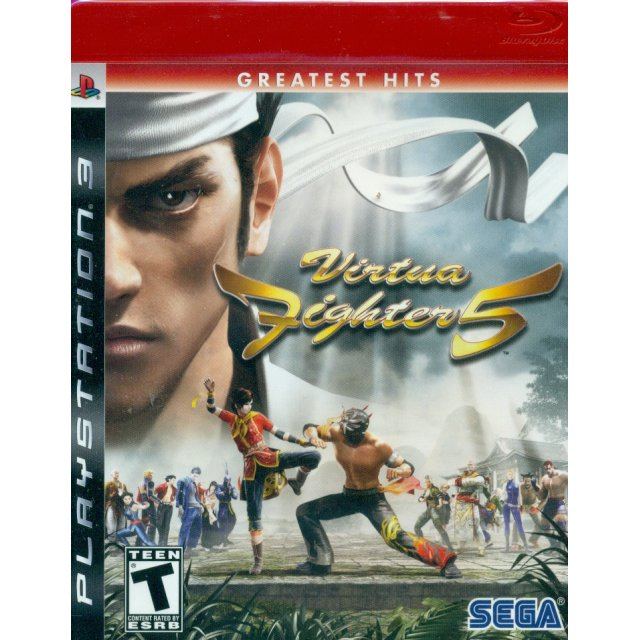 Works on all systems sold worldwide, a correct regional account may be required for online features.
1w Expected stock arrival within 1 week.
US$40.99
Our previous price:US$ 41.99
You save: US$ 1.00( 2% )
Manufacturer
Sega
Rated By Our Customers
1w Expected stock arrival within 1 week
Price
US$40.99
Our previous price:
US$ 41.99
You save:
US$ 1.00( 2% )
Play-Asia.com Return & Refund Policy
Trustpilot
Trustpilot

This new installment in the critically-acclaimed Virtua Fighter series packs a serious punch fueled by the power of the PLAYSTATION®3. Virtua Fighter 5 will have an all-star cast of 17 fighters, including characters from the previous iterations along with two new characters named El Blaze and Eileen. El Blaze is a Mexican fighting champion that defeats unsuspecting opponents with his lightning-quick Lucha Libre fighting style and Eileen uses a Monkey Kung Fu fighting style which she learned from her grandfather, a former Kung Fu master. Choose from an array of costumes and attachable items and then step into the ring and prove that you're the best.

If you are familiar with Virtua Fighter 5 (Greatest Hits), why not let others know?

[This review is based on another version of this product]
neptunerune (24) on 04, Jun. 2018 03:31 (HKT)
Virtually Perfect
I really love this series. After failing to get Virtua Fighter 4 for PS2 here, on Play Asia, I remember that this came out on the PS3 and got it because Final Showdown didn't have a physical release. While it only has 3 major buttons, you really have to master your favorite character(s) to excel.
cesarrlobo (17) on 21, Dec. 2012 07:36 (HKT)
Sega still has it
At least if you are talking about the Virtua Fighter series.