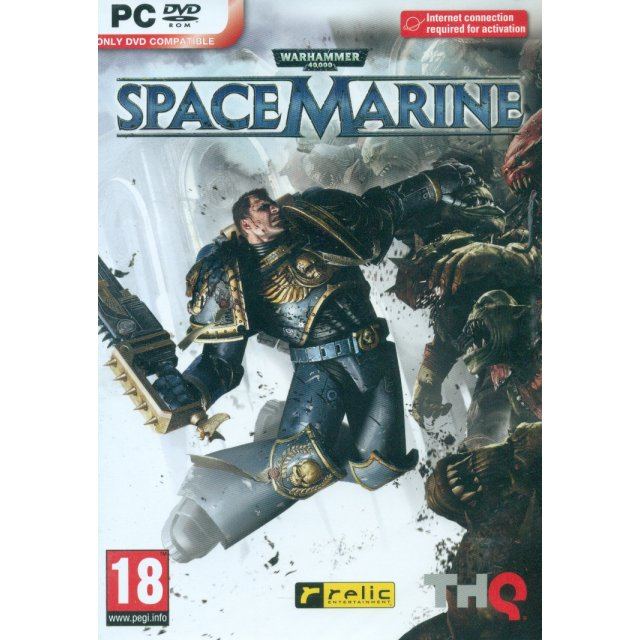 sold Out of print / Out of stock.
Manufacturer
THQ
Compatible With Windows™ (PC)
Version


Click on a thumbnail to see more pictures for Warhammer 40,000: Space Marine (DVD-ROM)

In the grim darkness of the far future, there is only war™...Warhammer® 40,000®: Space Marine™ takes console gamers into a savage universe where humanity fights for survival against horrific alien and demonic forces.The player becomes the ultimate defender of humanity – a mighty Space Marine – sent to stop the brutal Ork invasion of a vital Forge World. As the barbaric Orks rip the planet apart, it’s up to you and your battle-hardened squad of Space Marines to cut a bloody path through the Ork horde and discover what they’re so eager to find.In Space Marine, award-winning video game developer Relic Entertainment™ (Homeworld®, Company of Heroes®, Warhammer® 40,000™: Dawn Of War® I & II) will bring the epic Warhammer 40,000 universe to life like never before in a dark and compelling Action / Shooter.