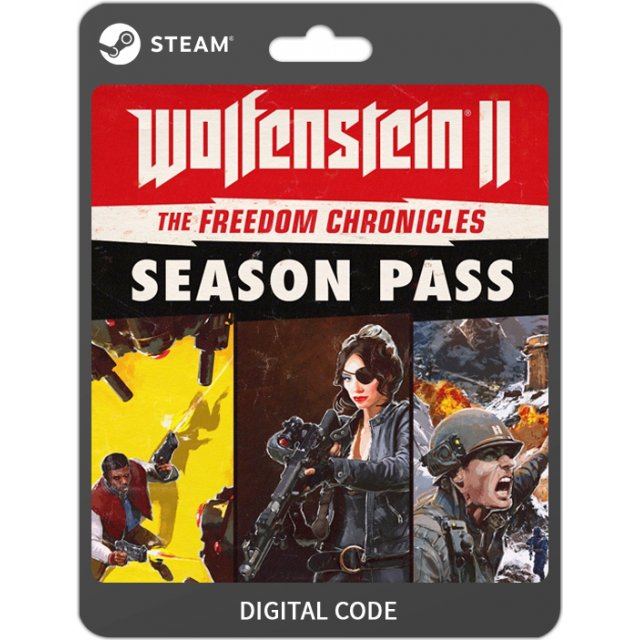 Region Free
This item will deliver instantly in your account. Some orders may be subject to verification by SMS or Voice which may cause delays.
US$11.86
Manufacturer
Bethesda
Compatible With Windows™ (PC)
Version

Episode Zero introduces you to larger-than-life American heroes Joseph Stallion, Jessica Valiant, and Gerald Wilkins as they fight for liberty, and against Nazi tyranny, in the American Territories! Harness their unique abilities and equip their arsenal of guns as you blast your way through Nazis in this opening DLC mission.

The Adventures of Gunslinger Joe– As former professional quarterback Joseph Stallion, smash through the Nazi hordes from the ruins of Chicago to the vastness of space!

The Diaries of Agent Silent Death– As the ex-OSS agent and assassin Jessica Valiant, infiltrate hidden Nazi bunkers in California and discover the secrets of Operation San Andreas!

The Amazing Deeds of Captain Wilkins– As the US Army’s renowned hero Captain Gerald Wilkins, embark on a mission to Nazi-controlled Alaska to dismantle Operation Black Sun!

Note: This content requires the base game Wolfenstein II: The New Colossus in order to play.

Wolfenstein: The New Order STEAMdigital
US$ 5.21

No reviews for Wolfenstein II: The Freedom Chronicles - Season Pass [DLC] yet.