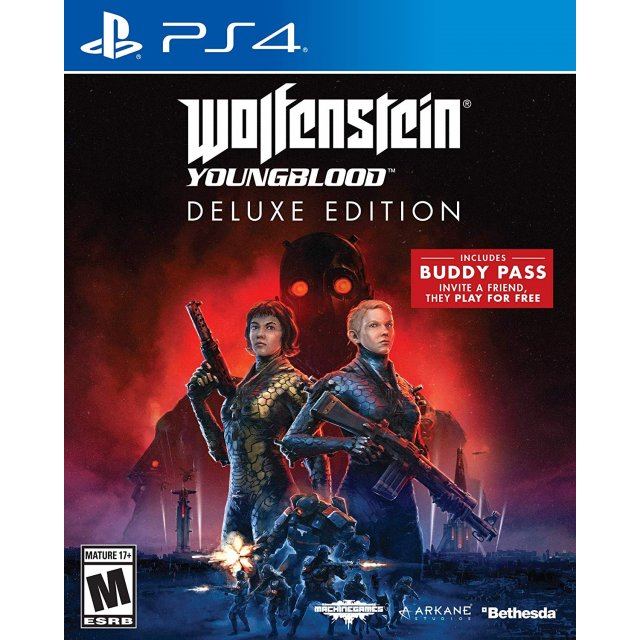 Works on all systems sold worldwide, a correct regional account may be required for online features.
1w Expected stock arrival within 1 week.
US$44.99
Manufacturer
Bethesda
Compatible With PlayStation 4™ (PS4™)
Version

- The Buddy Pass, allowing you and a friend to play the entire game together, even if they don't own the game themselves
- The Cyborg Skin Pack
- Legacy Pack

No reviews for Wolfenstein: Youngblood [Deluxe Edition] yet.