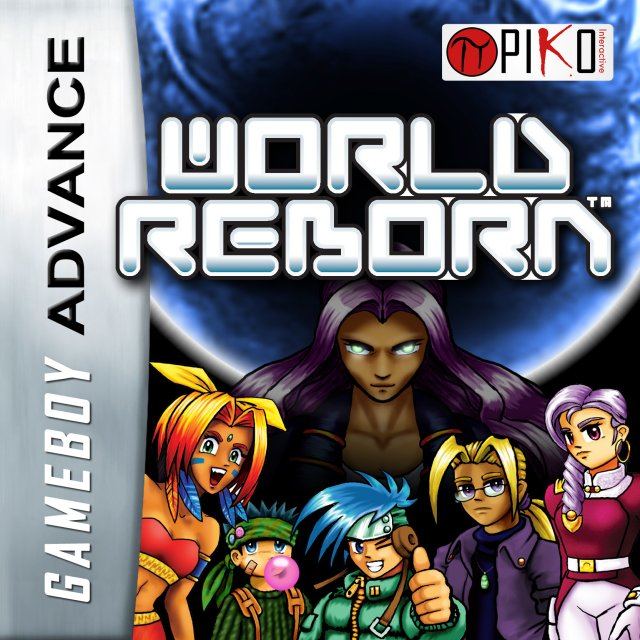 
Click on a thumbnail to see more pictures for World Reborn

World Reborn is a GBA Horizontal Shooter that was developed but not released back in the early 2000's. The game was developed by an indie team which then later moved on to developing bigger licensed-franchise projects for publishers.

World Reborn is not like your normal shooter game, as it is also a game with role playing game elements as well. In World Reborn we are introduced to a world where mankind has lost all records of its history, discoveries, and their achievements In this horizontal shooter you will choose your stage and attack back at the enemy. Collect XP from kills and from pick-ups in the stages and rank both yourself and your ship up to increase your combat abilities. 6 powerful pickups that will enhance or change your weapon, give secondary fire, boost your speed and more will be at your disposal. All your progress in this game will be safe through the use of an intricate password save.

This product includescardboard box and manual.

No reviews for World Reborn yet.