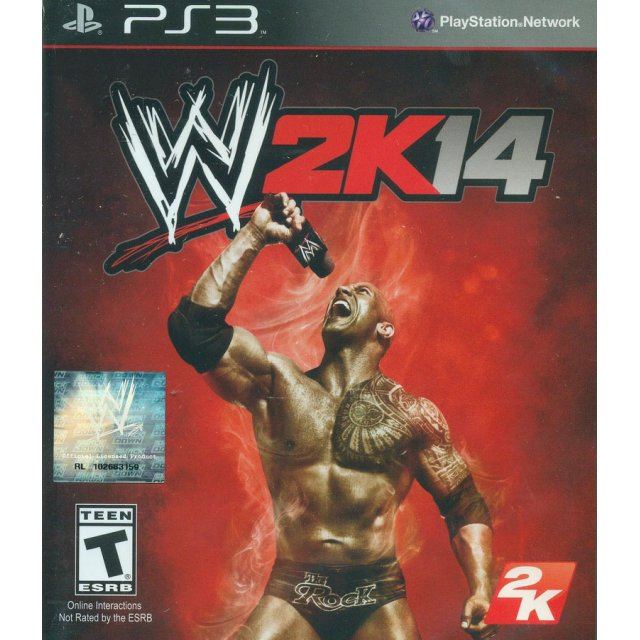 sold Out of print / Out of stock.
Manufacturer
2K Sports
Compatible With PlayStation 3™ (PS3™)
Version


Click on a thumbnail to see more pictures for WWE 2K14

Leave the masses at the ringside as you take on the limelight and become one of the most famous professional wrestlers ever. WWE 2K14 is the latest entry of this series; developers 2K games have pumped this game up with as many diverse improvements possible to ensure an immersive wrestling experience.WWE 2K14 features accelerated gameplay with a specialized navigational system, expect integral actions such as walking, running, dragging and WWE specials like RKOs to be much more fluid. Players can also expect faster and quicker characters than ever before. To offset these improvement for the sake of balance, before running, characters display "starting up" animations to prevent spamming running attacks. Additional motions has also added been to increase hype among the players from adjusting wristbands to taunting an opponent to get up. With regards to the actual fights, striking attacks are quicker and harder to reverse. All reversals now result in offensive attacks, to make for quicker matches by avoiding continuous reversal stalemates. In WWE 2K14, catapult finishers can now be used offensively; wrestlers can launch an opponent into the air and catch them for a catch finisher. Seven new “OMG Moments” have been added, allowing certain WWE finishers to be done on two opponents, and players can now interact with the WWE arena environment. Additionally, the “nearfall” system has been drastically improved with two more counts to increase drama in every match.WWE 2K14 also boast a new single player campaign called "The 30 Years of WrestleMania," a nostalgic gameplay mode that reinvents nearly three decades of WWE history, including more than 45 matches, classic WWE footage and many legendary characters. Much like the Attitude Era Mode in WWE '13, the campaign revolves around historical stories rather than original ones. The mode features a distinct roster of wrestlers and alternate gimmicks, who wrestled at previous WrestleManias.

If you are familiar with WWE 2K14, why not let others know?