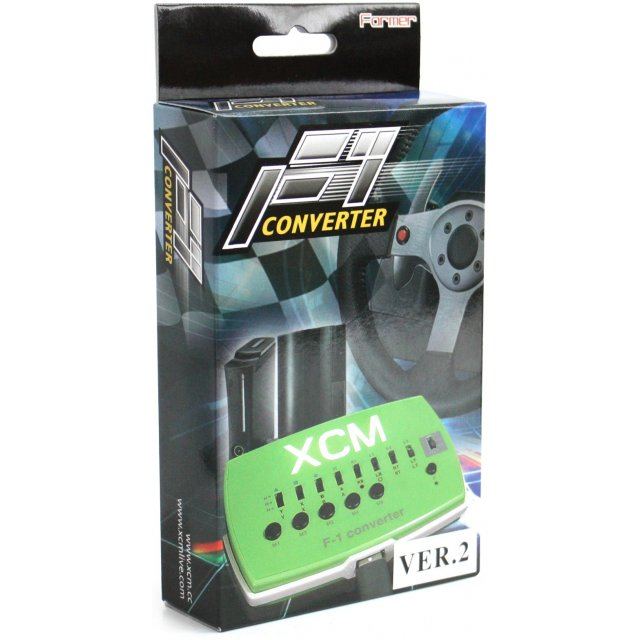 Farmer
Compatible with PlayStation 3™, Xbox360™, PlayStation 3™ Slim
Get informed when this item is in stock by using our Personal Agent from the right.


Click on a thumbnail to see more pictures for XCM F-1 v.2 Converter

If you are familiar with XCM F-1 v.2 Converter, why not let others know?

nikpro (21) on 31, Dec. 2012 17:18 (HKT)
Better sensitivity
I bought this device after first version. I found only improvement in steering sensitivity(problem with dead zones on first revision) for me as necessary.
This device is very good and give you possibility to use good wheels, like logitech g25/g27/gt, but not for 100%. And don't have alternatives.
For hardcore gamers, I recommend fanatec products with native xbox360 support, but price is high
CerealKILLA ZA (1) on 28, Dec. 2012 18:20 (HKT)
XCM F-1 v.2 Converter
I use a Logitech G27 wheel on my PS3. With this convertor I can play all my XBOX racing games with the G27. It works 100%. There is no lag and the steering is very accurate. There is steering resistance but no force feedback. The more you turn the wheel the stiffer the resistance gets. A must for any gamer that has a G25/G27 and wants to play on XBOX. Just make sure you have a wired XBOX controller to sync this device with your XBOX. I give it 9/10.