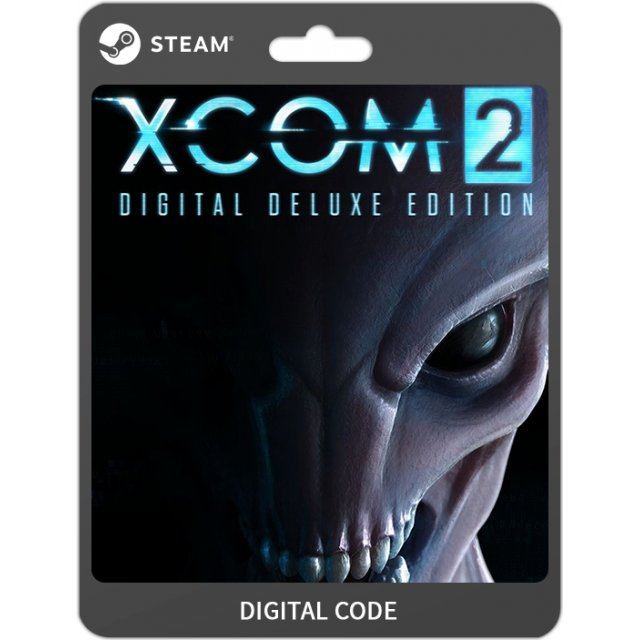 Region Free
This item will deliver instantly in your account. Some orders may be subject to verification by SMS or Voice which may cause delays.
US$13.32
Manufacturer
2K Games
Price
US$13.32
Play-Asia.com Return & Refund Policy
Click on a thumbnail to see more pictures for XCOM 2 (Digital Deluxe Edition)

XCOM 2 is the sequel of the award-winning XCOM: Enemy Unknown, set in an alternate future 20 years from the series’ original timeline where the world leaders have no other option but to surrender Earth to the invading aliens, leading the group of XCOM to be forcefully dissolved. Now, the aliens starts to inhabit a dwelling to the world and build their new world order that promises wealthy leisures, shining megacities, and upscale incentives for humans in the surface while concealing its sinister agenda underneath and anyone that dissent upon it are being disposed of.

Driven by the desire to protect humanity, the remnants of XCOM formed a small group called the Resistance that seeks to ignite a global resistance that will fight and expose the aliens’ hidden agenda and eventually bring humanity freedom within reach. After years of battle against the alien forces from the shadow, XCOM masters the skilled called “Overwatch” - a way of setting traps to the aliens that require cunning, timing, and planning expertise. With this skill, XCOM can fight head-on against the aliens in stealth and ambush missions more efficiently than before while waiting for the return of their commander for a full-throttle war!

Unlike its predecessors, the XCOM is now the one that hides in the shadows and fights in guerrilla-like operations to defeat terrifying new breeds of aliens that now ruled the Earth. Plan missions within the Avenger (XCOM’s new mobile headquarter), recruit new XCOM soldiers (5 new classes with unique abilities, attributes, gameplay, and effectiveness in combat), and build up a resistance for the so-called alien-backed humanity government called Advent!

No reviews for XCOM 2 (Digital Deluxe Edition) yet.