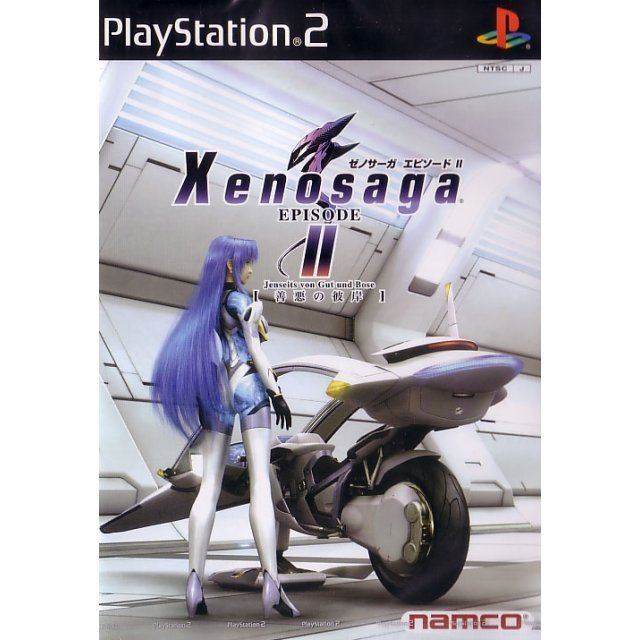 Four-thousand years into a war-torn future. Earth has been abandoned and mankind forges its existance in deep space, locked in eterna confrontation with the malevolent, alien Gnosos. With sophisticated weapons and robotics technology, humankind wages an epic battle for survival. In a desperate bid for the Zophar, a legendary artifact rumoured to be capable of eradicating the Gnosis and ushering in an era of universal peace. Rejoin Shion, KOS-MOS and their companions in the entralling 2nd chapter of this landmark multi-part RPG saga.

The epic storyline begins on Second Miltia, with the group reaching the planet to discover the key to the location to the Zophar hidden in MOMO's subconscious. Players will attempt to uncover the mystery surrounding the Miltian Conflict and delve further into the many unresolved questions posed by Xenosaga EPISODE I. Offering spectacular cinematics, intense battles, and a large number of characters in expansive worlds filled with multiple destinations, Xenosaga EPISODE II takes players on a magical journey filled with intrigue and surprises.

If you are familiar with Xenosaga Episode II: Jenseits von Gut und Bose, why not let others know?