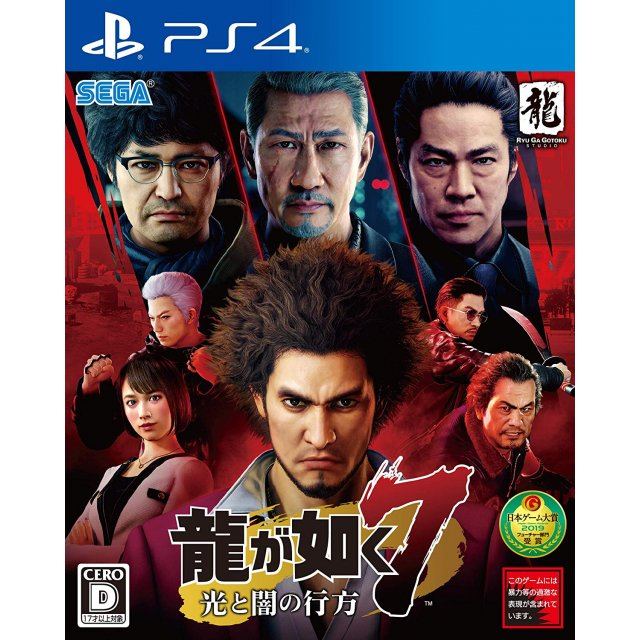 Works on all systems sold worldwide, a correct regional account may be required for online features.
24h In stock, usually ships within 24hrs. (Only 1 left in stock.)
US$84.99
Manufacturer
Sega
Compatible With PlayStation 4™ (PS4™)
Version

Works on all systems sold worldwide, a correct regional account may be required for online features.
24h In stock, usually ships within 24hrs
(Only 1 left in stock.)
Price
US$84.99
Play-Asia.com Return & Refund Policy
Click on a thumbnail to see more pictures for Yakuza: Like a Dragon

There are New Jobs that Ichiban Kasuga and his crew can change, "Dancer" uses rhythmic and cool dancing attacks and possesses many tricky techniques. "Fortune Teller" using a crystal ball to cast heavy damage skills of all kinds of mysterious effects but in low defense power, "Riot Police Officer" Specializes in defense with full-body armor, uses shield techniques for attack and defense with boast high defense power and "Idol" A job that is exclusive for female character, uses a microphone to fight with many song-based attacks and recovery techniques, it charms its enemies and heals its allies, a decent job with attack and healing power.