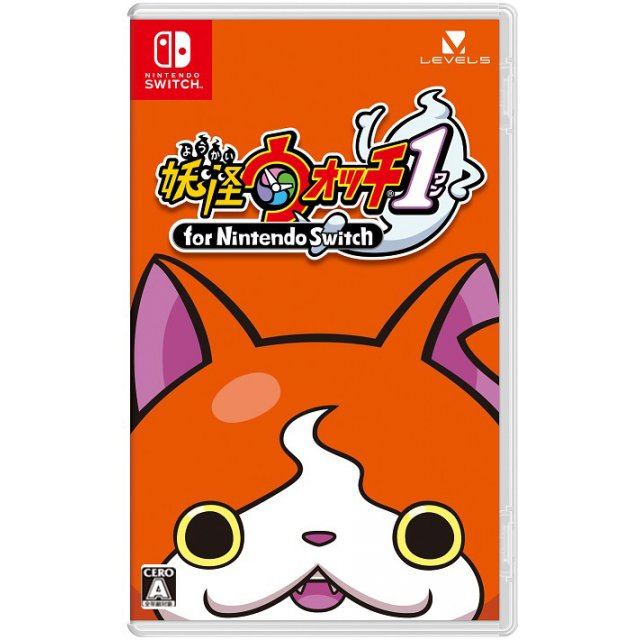 Cloud Kitsune (4) on 14, Nov. 2019 08:15 (HKT)
Looks better then ever!
I've played the first 3DS game and had such a wonderful time, I became a full time fan of the Yokai Watch series. This port of the game feels great to play, though I do miss the touch screen activated soultimate moves. My favorite being the drawing one, and my least favorite being the spinning one. For this port, my least favorite now is tapping the golden circles, while the timing your taps is my new favorite.

Would give this game a 5 star ranking, but the inaccessible portions available on the 3DS but not on the Switch (as far as I'm aware, its very difficult to get specific details for any of the games, Japanese version or Western versions alike) gives it a 4 star ranking in my books. Despite that, STILL a worth while game to play for any monster loving fans!
laurenmonique (5) on 06, Nov. 2019 13:57 (HKT)
Fantastic remaster!
I played the first Yokai Watch game on 3DS and loved it. This updated version changes the game to a single screen, but otherwise is very faithful to the original. The battles now involve using the joystick/buttons to use soultimate attacks rather than touch-screen. Some aspects have been removed, due to the Switch's lack of a camera, but this doesn't effect the rest of the game. The graphics are nice and crisp, and it's great to play on the big screen! I recommend it to Yokai Watch fans, and as a good intro to newcomers to the series.