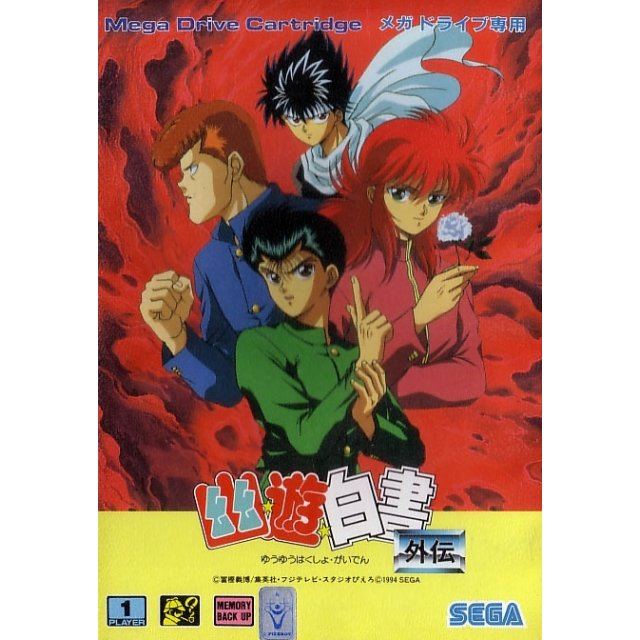 Based on the manga/animé series Yuu Yuu Hakusho. This is a story of a teenager delinquent Yuusuke Urameshi, who was hit by a car while trying to save a child. However, there was no place found for him either in paradise or in hell, and Koenma, the son of the death god Enma, sends him back to our world, where he has to be an "occult detective" and to fight against demons. Several characters join him on his quest: Kazuma Kuwabara, his ex-rival and best friend; Kurama, a 1400-year-old demon fox; and Hiei, formerly a demon who tried to conquer the world and had to repent for his sins by helping Yuusuke.You must play the individual chapters of the four playable characters (Yuusuke, Kuwabara, Kurama, and Hiei), until in the final chapter you control them all in the ultimate confrontation against evil forces. The game is a Japanese-style adventure (no puzzles, menu-driven interface) with the addition of battles. The battles are real time; similarly to fighting games, you can kick, punch, defend, and use special techniques. Unlike most Japanese adventures, you view the game world from platform-like third person perspective (although you cannot move physically in adventure mode).

No reviews for Yuu Yuu Hakusho Gaiden yet.