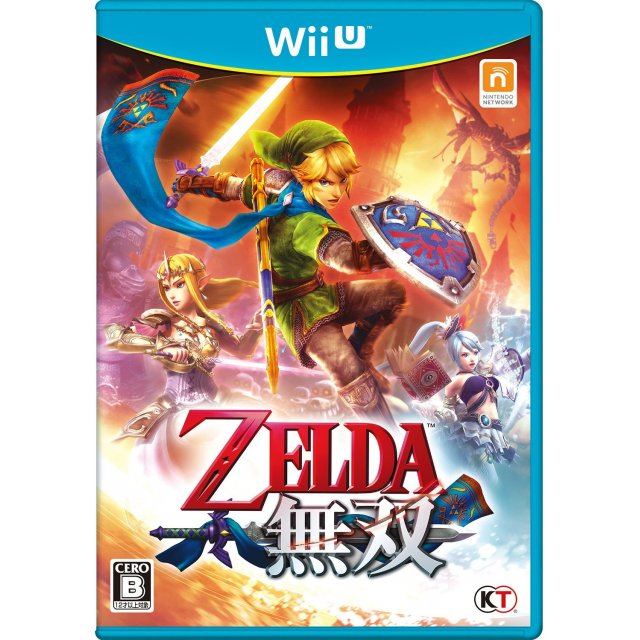 Collections
Koei Tecmo Games
Compatible with Wii U™ (Wii U™)
For JPN/Asian systems only.

Zelda Musouinformationhasbeen revealed in Famitsu, and we finally have a release date:August 14th! Unlike any other Zelda title to dateZelda Musouwill be borrowing gameplay elements from the long-standingDynasty Warriorsfranchise - allowing players to assume the role of Link like never before. Alongside the third-person perspective and hack 'n' slash gameplayZelda Musouwill featureZelda 'Z-targeting' creating opportunities to dodge attacks and target enemy weak points.

Expect to take control of more than just Link, reports claim we will be seeing quite a few playable characters including Impa, captain of the Royal Army. Equipping different weapons toeach character will change the way they fight, everything from fast-paced light swords to heavier two-handed weapons. You will also be able to upgrade your weapons and characters.

The game's primary protagonist will be the witch Shia, who's envy of Princess Zelda drives her to throw Hyrule into a state of chaos with the help of her two minions Valgaand Wizro. Only the story's skeleton has been revealed but the Zelda formula holds true whenLink, a young soldier in training, must save both Hyrule and Princess Zelda.

If you are familiar with Zelda Musou, why not let others know?

[This review is based on another version of this product]
delifrance79 (1) on 22, Sep. 2014 13:03 (HKT)
poor QC on triforce alarm clock
My intention is to get the exclusive triforce clock. Not sure about others though. I'm quite disappointed with the gold chrome coating on the triforce alarm clock. Lots of scratches and not well coated too. From far, it looks awesome. But when having a close look, you will notice the flaw. Other than this, everything is fine. Nice short melody too. For those who interested, buy at ur own risk.