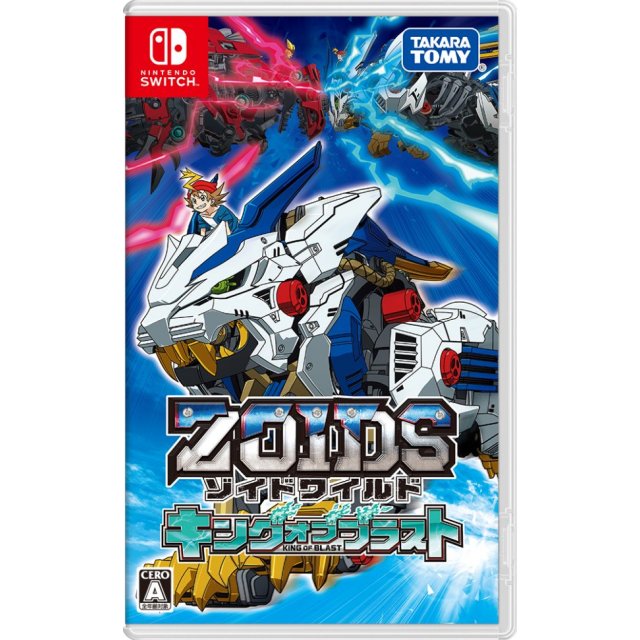 Works on all systems sold worldwide, a correct regional account may be required for online features.
24h In stock, usually ships within 24hrs.
US$58.99
TakaraTomy
Compatible With Nintendo™ Switch (SW)
Version

Works on all systems sold worldwide, a correct regional account may be required for online features.
24h In stock, usually ships within 24hrs
Price
US$58.99
Play-Asia.com Return & Refund Policy
Click on a thumbnail to see more pictures for Zoids Wild: King of Blast

Unleash the power and animal instinct of Zoids, in spectacular head-to-head battles! Your strength in combat will decide who is victorious between Arashi’s Team Freedom and the power-hungry Dark Metal Empire, in a new single-player story. With stunning graphics faithful to the anime, and a simple 3D combat system that lets you chain combos instinctively, Zoids Wild: Blast Unleashed takes mecha combat to the next level!

Blade Arcus Rebellion from Shining
US$ 49.99

If you are familiar with Zoids Wild: King of Blast, why not let others know?

middletonbriana94 (1) on 16, Oct. 2019 22:50 (HKT)
Back Again
Despite not being able to read most the menu option its pretty straight forward to learn what each menu does. The characters are evenly balanced; including the recently added free dlc characters, Wild Blast character have a super mode that has a once per round super attack and Death Blast characters sacrifice health in exchange for power and a super attack. Most character are unlocked quite easily in mission mode; only one in arcade mode, and is an improvement from Battle legends grindy unlocks.
I recommend this game for anyone, its fun by yourself and fun with friends and family.
ricbowl2001 (1) on 27, Apr. 2019 12:03 (HKT)
ZOIDS WILD: KING OF BLAST
very nice game you can finally play as the liger and also other characters as well. Would recommend if you are into 1v1 battle and combo attacks.
landrybr658 (1) on 21, Mar. 2019 08:43 (HKT)
Lots of fun!
I'm not one to play fighting games like this very often, but Zoids Wild uses the mechanics and combos very well to make it fun and addicting. The combos can be mixed and matched for strategy too, so there's a lot to learn. There is a Continuous Battle mode and a Mission Mode for each character, so there are lots of things to unlock for lots of play time. Definitely recommend!